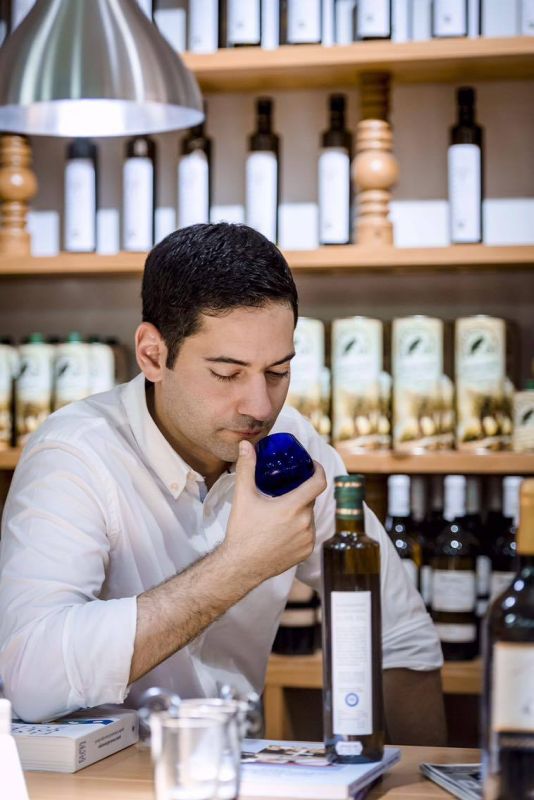 Greek olive oil is inextricably linked with the Greek identity and can be considered a valuable asset which can enhance and differentiate the Greek tourist product.

In a period characterized by slow economic recovery, tourism has experienced continued growth and strong ‎diversification to become one of the fastest-growing economic sectors in the world and a key driver for socio-‎economic progress.

Rather than just an economic activity, tourism is today perceived as an opportunity for people to broaden their horizons, discover new cultures or come closer to nature. This constant growth is connected to a great extent to the diversification of the tourist product and the heterogeneity of the tourism demand, which has led to differentiated needs and niche markets.

Undeniably, the emerging demand for special interest tourism activities such as agriculture and food can provide Greek destinations the opportunity to differentiate and enhance their tourism product.

In recent years, gastronomy has rapidly asserted itself in tourism consumption behaviors, creating a growing demand for the supply of local food products. Local gastronomy is increasingly considered by new consumers (foodies) as a guarantee of authenticity, as well as a way to experience the culture of a destination.

Olive Oil and its Leading Role

Olive oil is a traditional Greek agri-food export which has a global reputation for quality and is a symbol of the country’s rich culture and cuisine. Greece remains one of the top olive oil-producing nations in the world and boasts the highest olive oil consumption per person.

However, very little has been done to promote this valuable product and to tie in with tourism. In 2014, Greece had 20 million visitors but few of them had the opportunity to sample high quality Greek olive oil and learn more about the product.

The olive oil industry is one of the most important components of Greece’s primary production activities: olive groves are being cultivated in 50 out of 54 prefectures of the country while Greece, with an average production about 360,000 tons per year, is the third largest producer of olive oil in the world (11 percent of total volume production), following Spain (40 percent) and Italy (14 percent).

It is very important that Greek olive oil is of superior quality, since 80 percent of production is extra virgin olive oil, compared with 65 percent in Italy and 30 percent in Spain.

However, the economic results of this superiority in quality characteristics are not satisfactory. In 2012, a massive 60 percent of Greece’s olive oil output was shipped to Italy, where it was packaged in Italian bottles with Italian labels and then sent around the world. This means that most of the profits go back to Italy, which gains an extra 50 percent supplement on the price of Greek oil.

Olive oil experts suggest that the future of Greek olive oil is in high added value products which will benefit both the producer and the bottler. And of course the Greek tourist destinations.

Greek olive oil is inextricably linked with the Greek identity and can be considered a valuable asset which can enhance and differentiate the Greek tourist product. If activities related to olive oil are promoted effectively, Greek destinations can create demand in the low season.

An increasing number of hotels in Greece are focusing on the use of local primary products, the most outstanding of which is in most cases olive oil.

Sharing my own experience with that of other hotel managers and owners, I realized that olive oil is effectively linked to the tourist experience in Greece when it is presented not only as a quality and healthy food product, but also as a significant part of the culture, history and tradition of a destination.

Innovative activities adopted by hotel operators to publicize the olive oil of their region included olive oil tastings inside the hotel, tours of olive groves followed by visits to olive mills, participation in the olive harvesting, giving a bottle of olive oil to the guests as a present at the end of their stay.

However, success of such initiatives depends on the design of attractive tourism products not only inside the hotels but also by creating integral tourist experiences at the destination, such as olive museum visits, festivals, local gastronomy events, and perhaps the creation of “olive oil routes”.

This said, the biggest challenge is the lack of sufficient education among service providers, the poor infrastructure of oil mills, the lack of a single promotional campaign and the insufficient quality controls on local olive oils. Cooperation amongst shareholders is also vital, of course.

Ideally, government and local authorities should maximize the benefits of olive oil as a tool of sustainable development by harmonizing the interests of the rural communities at tourist destinations with the tourism sector and the environment.

Moreover, I believe that when combined with agriculture, the socioeconomic benefits of tourism can be equally distributed. It is not only the hotel companies making profit out of tourism, but also local producers, family agricultural enterprises or agricultural cooperatives in which many members or the local communities are involved.

* Alexandros Passalis is the manager of the Alex Beach Hotel & Bungalows on the Greek island of Rhodes.