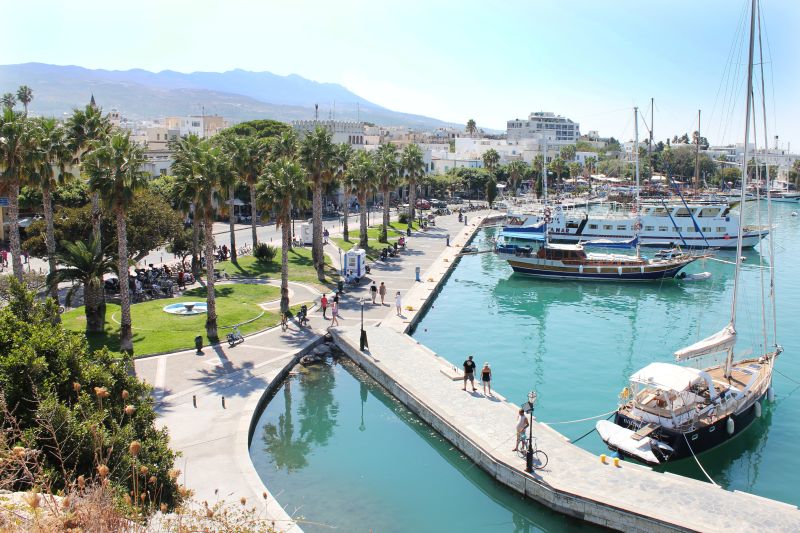 Greece on Friday announced a tourism action plan in view of the new season, which sets out a series of actions required in order to strengthen market share, secure revenue growth and assist the country’s islands that are under pressure due to refugee flows.

According to an announcement, Alternate Tourism Minister Elena Kountoura has sealed national agreements with major tour operators in Europe and Russia to boost arrivals, extend the season and introduce new Greek destinations. Greece this year will enter new markets and aim for the launch of direct flights to China, Korea, Middle East and USA for the summer season.

Support to islands under strain of refugee influx

The tourism ministry and the Greek National tourism Organization (GNTO) have announced extra support to the islands — Kos, Samos, Lesvos, Chios — that are under pressure due to refugee flows.

These islands will receive special promotion by Minister Kountoura at the upcoming ITB Berlin international tourism exhibition (March 9-13), where annual sales are configured for the European and global tourism markets.

According to the ministry’s action plan, fam trips to the islands (Kos, Samos, Lesvos, Chios) will be launched for journalists, bloggers and tour operators once the refugee reception centers are in full operation. The centers will be located away from areas and places of tourist interest.

Moreover, special funds will be released for these islands to cover joint promotional actions carried out by the GNTO, the regions of North and South Aegean and tour operators, to boost bookings.

Among the issues covered in the tourism action plan include the free participation of the islands in exhibitions where the GNTO will represent Greece.

The ministry will also cooperate with the regions of North and South Aegean and the Greek Tourism Confederation (SETE) for the launch of a social media campaign aimed to boost reservations and last minute bookings to the islands.

The action plan also sees the creation of a program to support domestic tourism which will be drawn up in cooperation with the Labour Ministry to attract more Greeks to the islands.

In addition, the GNTO, the General Secretariat of Information and SETE will embark on a monitoring program to ensure the islands are receiving positive publicity in the markets of the UK, Germany, The Netherlands, France and the US.

The ministry also announced that it will support Attica as a city-break and cruise destination and promote the Athenian Riviera.

In regards to the Greek capital’s tourism profile, the ministry said it will cooperate with relevant ministries, the Attica Region, the Municipality of Athens and the Athens – Attica & Argosaronic Hotel Association to ensure that the refugee flows are not directed to the tourist spots.

Citing the latest booking figures, the ministry said the overall picture of Greece’s tourism performance for this season is showing positive signs.