DRV: The Germans are Still Coming to Greece 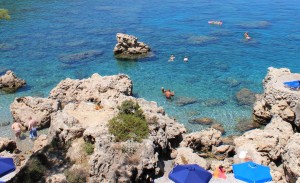 The German Travel Association (DRV) on Thursday reported a 40 percent drop in bookings to Egypt, Tunisia and Turkey this summer due to safety concerns.

Meanwhile, bookings to Greece are still on good levels, despite the arrival of hundreds of thousands of refugees on the country’s islands.

“Of course there are some islands that are particularly affected such as Lesvos and Kos. But overall we see a decent growth in Greece”, DRV’s president Norbert Fiebig told reporters.

According to Mr Fiebig, destinations that were once popular, such as Egypt and Tunisia, have suffered a series of attacks, forcing tour companies such as TUI and Thomas Cook to seek alternative destinations.

DRV’s president said that bookings for summer holidays in Turkey are down by 40 percent year-on-year and that there is a similar drop in Egypt and Tunisia, while in some areas, the decrease is slightly greater.

However, he added that bookings for the three destinations destinations have improved significantly in the last two weeks.

“Our goal is for the total of bookings to not drop significantly lower than the levels of 2015. But that depends almost entirely on how these three markets will evolve, especially Turkey and Egypt,” he said.

Passport Clout: Who’s Got it? Greece Does