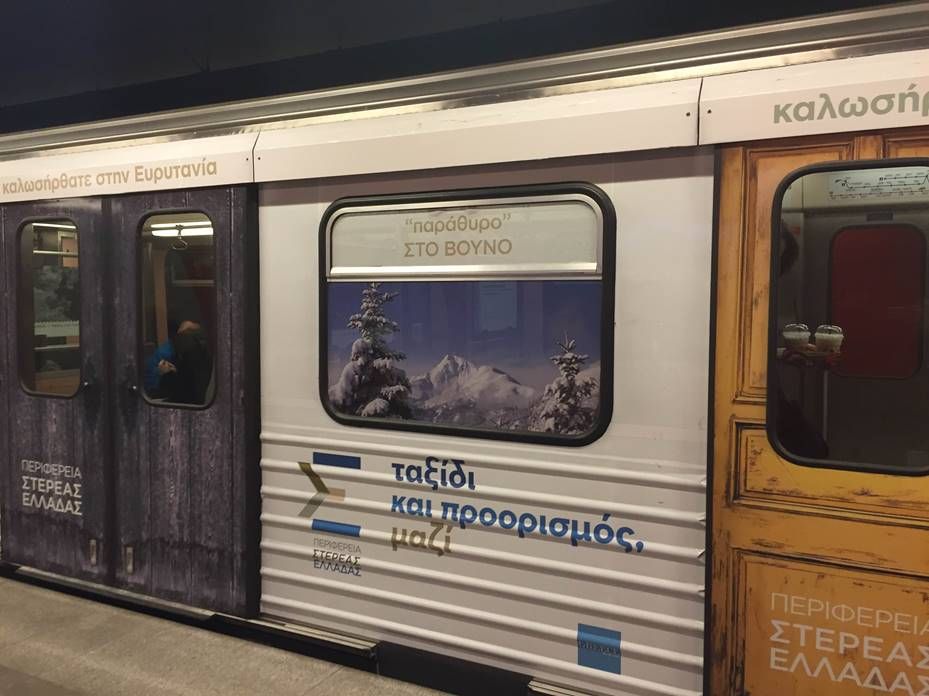 The Region of Central Greece has launched a promotional campaign in the Greek capital and is inviting commuters of the Athens Metro to visit one of its destinations.

Athens commuters will be “greeted” by Central Greece’s nature, history, culture, mountains and sea, once a metro trains pull into a station. Each metro door represents a Central Greece regional unit and each car provides information about the region’s attractions, monuments, gastronomy destinations and activities.

The Region of Central Greece is also making a stop at Syntagma Square and will present its local products for on-the-spot tastings and showcase its most famous carnival customs and traditions at the “A Small Greece in Athens” event from Thursday, March 3, until Sunday, March 6.

Also, on Saturday from 1 pm until 3 pm, the region is inviting all to revel at the Skyros carnival or take part in the flour battles of Galaxidi!

The “A Small Greece in Athens” event is organized by the City of Athens and to celebrate carnival season (Apokria) in the Greek capital. Opening hours: Thursday-Friday, 6pm-10pm; Saturday-Sunday 11am-3pm.