Thomas Cook Group Airlines will operate direct flights to 16 Greek and two Cypriot destinations from cities in Germany, Belgium and the United Kingdom, from April to the end of October, according to its flightplan for summer 2016 announced on Tuesday.

From Cyprus, Thomas Cook will fly from Paphos and Larnaca to two airports in Belgium and 10 airports in the UK. 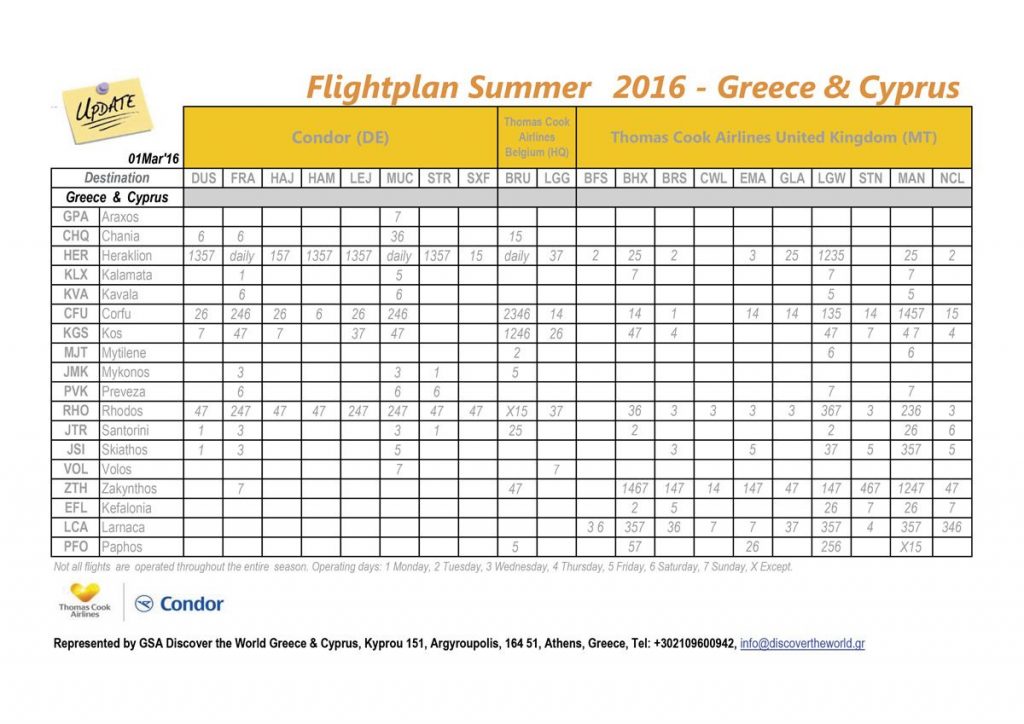 The group’s main bases are the airports of Frankfurt, London and Manchester, from where most of its long-haul flights depart; secondary bases are Munich and Brussels, as well as other airports in Germany and the United Kingdom.