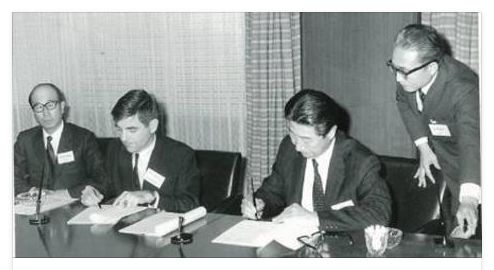 March 1 marks the 45th birthday of the BSP, according to the International Air Transport Association (IATA). On March 1, 1971, the very first “Billing Settlement Plan” was established in Japan.

BSP is a system designed to facilitate and simplify the selling, reporting and remitting procedures of IATA Accredited Passenger Sales Agents, as well as improve financial control and cash flow for BSP Airlines.

The BSP has become a truly worldwide system. At the close of 2014, there were BSP operations in 181 countries and territories. The system currently serves 400 participating airlines with an on-time settlement rate of 99.98 percent. In 2014, IATA’s BSP processed $255.7 billion.

Benefits of a BSP

Participation in a BSP

Airlines
Participation in a BSP is open to all airlines (IATA members and non-members) serving the country or area concerned.

General Sales Agents (GSAs) and Airport Handling Agents (AHA)
GSAs and AHAs may participate in a BSP (in the same way as Accredited Agents), on nomination by the airline they represent, and subject to the airline entering into a standard agreement.

PwC: Greek Hotels Up for Sale but No Signs of Interest