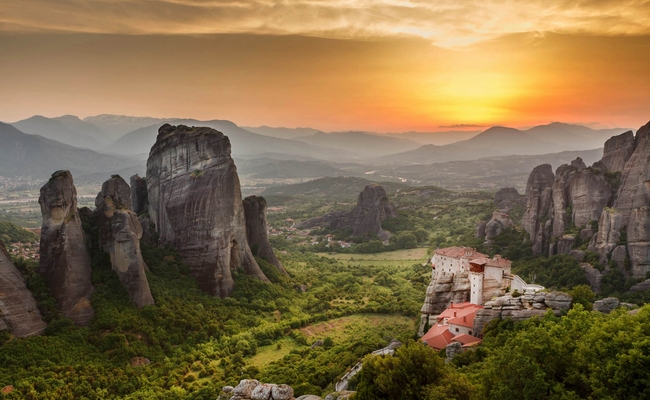 As part of its long-term strategy to promote the Meteora-Kalabaka region in Central Greece, Meteora Thrones tourism and travel group participated in this year’s ITTFA Travel Trade Fair held in Belgrade, Serbia, recently.

Meteora Thrones at the 37th ITTFA in Serbia.

A central event for the Balkan region, the 37th ITTFA attracted more than 1,000 exhibitors from over 50 countries. In efforts to further tap into the Balkan markets and particularly that of Serbia, Meteora Thrones brought the sights and sounds of Meteora and the region to Serbia with plenty of informative material, local culinary samples and face-to-face contact.

Serbia is a major market for Greek tourism with Serb visitors selecting Northern and Central Greece destinations and Meteora featuring high in their choices.

Meteora Thrones general manager George Kontogiannis stressed the need for the public and private sectors to work together and tap into markets that are eyeing other tourism destinations. “In the last six months of 2015, Serbia expanded into the Iranian market… and recently welcomed one of the country’s largest tour operators.”

“I invite all stake-holders to join forces and understand that tourism is a team sport. It’s high time we tap into destination marketing techniques, especially when we can boast of an influential global brand name,” Mr Kontogiannis said.