‘The X Files’ Come to Greece: UFO Lands in Piraeus! 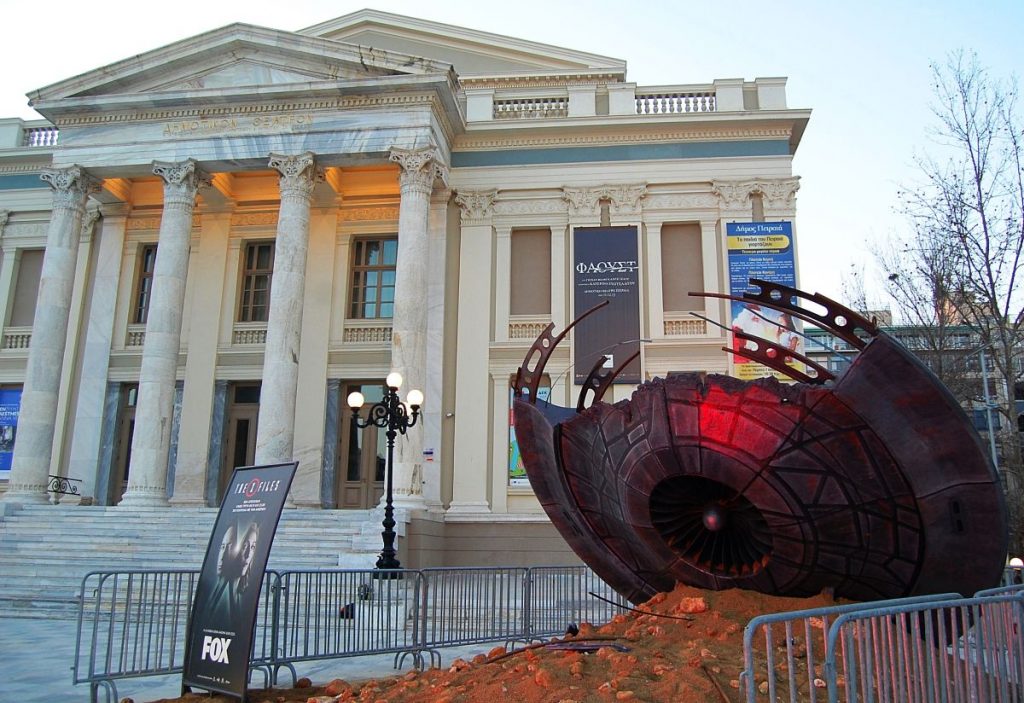 The new chapter of the legendary “The X-Files” continues on FOX and the truth is still out there! Meanwhile, paranormal activity has been noticed in Greece, with a new UFO sighting: a flying saucer has landed at the square of the Municipal Theater of Piraeus, founded in 1884.

So, do you want to feel like a special agent, such as Mulder and Scully? You should know that the truth awaits you in the center of the city of Piraeus!

From Thursday, February 4, and only for a few days, “X-Files” fans from Piraeus, will have the chance to have an up close and personal encounter with the UFO — a replica of the UFO that appears in the first episode of the series. It should be noted that the design and development of the UFO in Piraeus was personally approved by the series creator, Chris Carter.

Take the chance to stroll around Piraeus!

Piraeus is a lively city-port with great history and sights worth visiting. The city has gained its significance by becoming a commercial, cultural and industrial center through the ages. Thousands of people pass through Piraeus as they travel to the islands of the Aegean, but also visit the city for food and coffee, shopping, entertainment, museums, walking on the coast with great sea-view, or the neo-classical protected monuments and architectural marvels that stand witnesses of the city’s glorious past.

The highly anticipated, pop cultural phenomenon, “The X-Files”, has returned 13 years after its final broadcast, with 6 new episodes, exclusively on FOX. The new episodes will air every Tuesday, simultaneously with the US on 06:15 and on 21:50. All episodes will also be available on-demand via FOX Play.