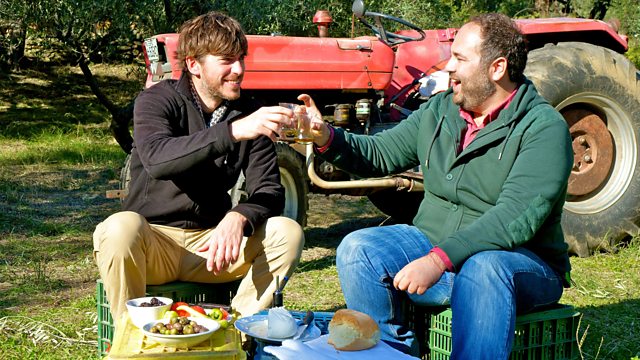 Episode 2 – Simon travels from the stunning Peloponnese peninsula in the south, to a part of Greece that few visitors come to see: the rugged, mountainous north.

The incredible encounters of popular UK traveler Simon Reeve in Greece for the filming of his latest documentary have taken the international press by storm with the BBC presenter taking a closer look at Greek reality and telling the world it’s a country of exotic extremes.

In his words: “Greece will always have the capacity to surprise.”

The 43-year-old adventurer and writer, who has visited over 120 countries, did it all this time around, including meeting a radical Cretan priest in Anogia who is both a bodyguard and runs a gun club, experiencing the spirituality of Mount Athos and its men-only monasteries and leaving in awe, visiting an Athens community where the poor live in shipping containers and queue for handouts of food, and traveling to Lesvos to see the refugee crisis in person, which he described as “terribly affecting”.

His favorite Greece destination? The tiny Dodecanese isle of Symi.

Having explored everything from breakaway states and unrecognised territories to the wildlife in the tropics and an artificial landfill site bleeding waste into a once pristine lagoon, Reeve points out that “the Greeks are survivors. You don’t go through thousands of years of history without learning a thing or two”.

“Greece with Simon Reeve” airs every Sunday on BBC2 at 8pm and via satellite worldwide.

Acropolis to Close on Feb 12 Due to Staff Walk Out