Condor, the leisure airline of Thomas Cook Group Airlines, will offer direct flights to 14 Greek destinations to cities in Germany from April to October 2016, the airline said Tuesday.

Condor’s main base is at Frankfurt Airport from where most of its long-haul flights depart; secondary bases for Mediterranean flights are Munich Airport which also features long-haul flights, Hamburg Airport, Hannover Airport, Düsseldorf Airport, Stuttgart Airport and Berlin Schönefeld Airport.

The airline’s summer 2016 flightplan for Greece can be seen below. 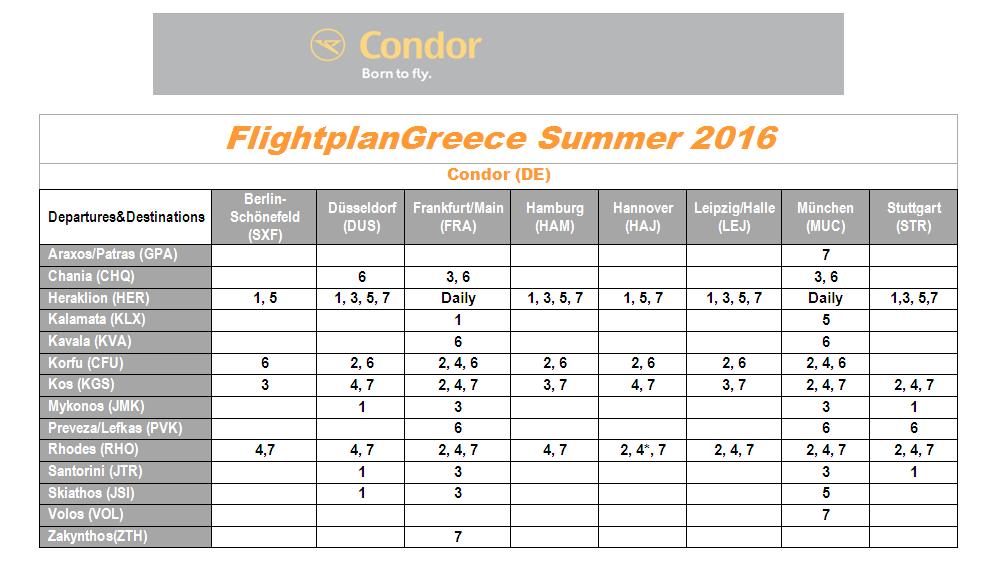