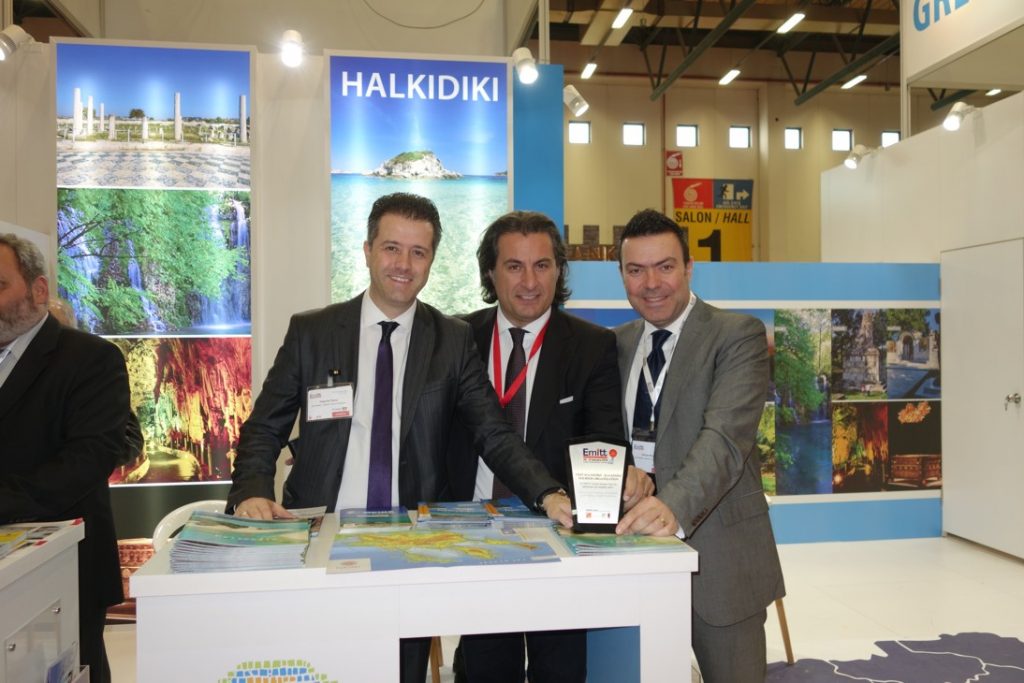 Luxury hotels in Halkidiki attracted the attention of Turkish travel agents at this year’s East Mediterranean Tourism and Travel Exhibition – EMITT, which ran January 28-31 in Istanbul.

According to the Halkidiki Tourism Organization (HTO), the region’s luxury hotels were the topic of the many meetings held with Turkish professionals.

“Discussions were held to form synergies towards this direction given that the Turkish tourism market is directly interested in the respective services”, the HTO said in an announcement.

Besides the interest for luxury holidays, many Turkish agents requested information on Halkidiki’s beauty, the uniqueness of its landscape, its gastronomy and the traditional settlements of Arnea, Athytos, Nikiti and Parthenonas.

Aiming for Halkidiki hoteliers to expand relations with the Turkish market, the HTO’s representatives also visited Corlu, a northwestern Turkish city in inland Eastern Thrace, and met with a group headed by Orhan Cebi, president of the Association of Turkish Travel Agencies (TURSAB) Eastern Thrace, responsible for the tourism development and culture of the region. According to HTO, Halkidiki hoteliers will attend workshops until the end of March to get better acquainted with Corlu and its people. Eastern Thrace is considered a strategic market for Halkidiki as it is much closer than Istanbul and has a population of 5-6 million people.

“The relations of the Turkish market (travel agencies) with our destination have matured” the organization noted.

Halkidiki’s next stop to showcase its tourism offerings will be at the Salon des Vacances exhibition in Brussels (February).