Minoan Lines: Change of Itineraries Due to 48-hour Strike on Feb 4-5

Minoan Lines informs its passengers that due to the announced 48-hour strike in Greece by the Panhellenic Seamen’s Association (PNO) as of Thursday, February 4 at 6am, up to Saturday, February 6 at 6am, itineraries on the Heraklion – Piraeus line and Patras – Igoumenitsa – Ancona/Trieste line will be amended.

Itineraries on Thursday, February 4, on the Heraklion – Piraeus line, will be cancelled. Furthermore, the vessels H/S/F KNOSSOS PALACE and H/S/F FESTOS PALACE will depart from the ports of Heraklion and Piraeus as follows:

On Saturday, February 6, the evening departures on the Heraklion-Piraeus route will be performed as per standard schedule.

Furthermore, Minoan Lines’ itineraries on the Adriatic Lines will be amended as follows: 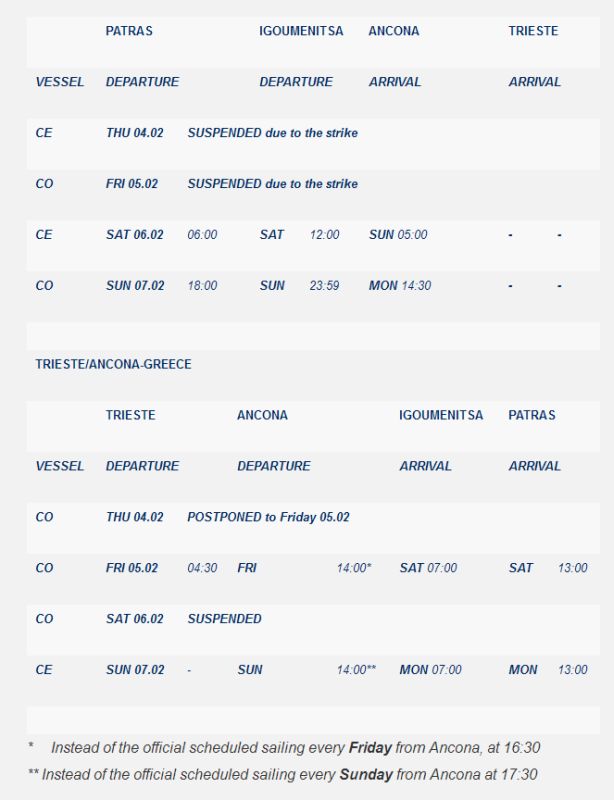