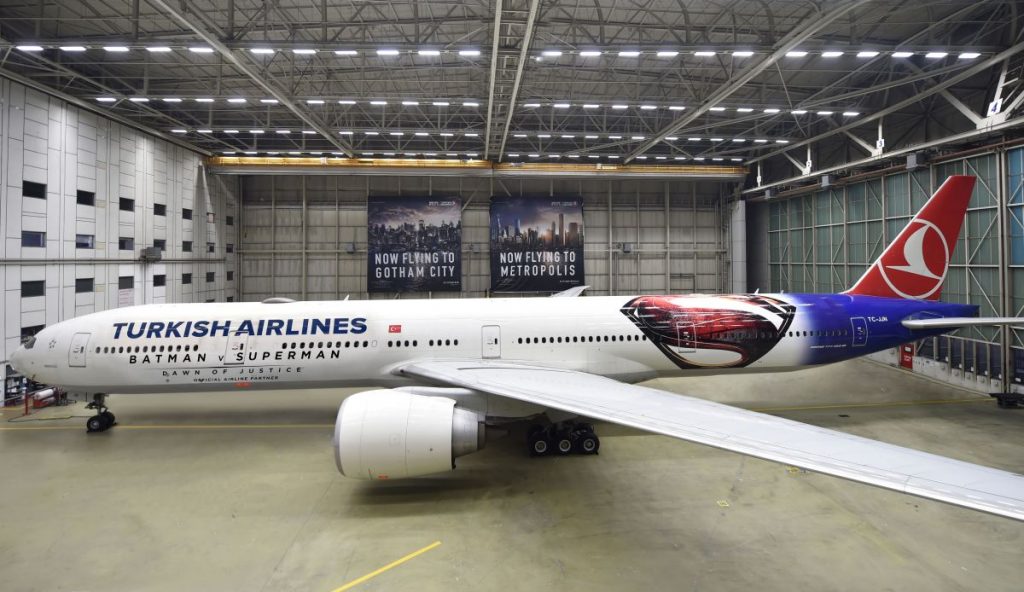 In the movie, a pivotal scene unfolds aboard a 777 Turkish Airlines plane. Outside the movie, Turkish Airlines is unveiling innovative movie-themed experiences that give fans around the world an inside look into the world of the iconic Super Heroes facing off for the first time on the big screen when the film comes to cinemas worldwide on March 25, 2016.

“The excitement around Batman v Superman: Dawn of Justice will enable Turkish Airlines to showcase our global network and unrivaled hospitality to a legion of moviegoers across the world”, M. Ilker Aycı, Turkish Airlines’ Board Chairman, said.

Turkish Airlines is sponsoring the movie’s premieres and will offer eight lucky fans the opportunity to attend one of these gala events.

Drawing inspiration from the film, Turkish Airlines is inviting travelers to “book” flights to two new U.S. destinations — Gotham City and Metropolis — beginning February 8 to mid March 2016 through  turkishairlines.com/flytogotham or turkishairlines.com/flytometropolis. In doing so, participants will get an exclusive virtual view into the life of each city, including the activities, culture, nightlife and more.

Turkish Airlines currently flies to 113 countries with flights to 284 destinations — now including the home cities of Batman and Superman.

“Showcasing Gotham City and Metropolis as our newest U.S. ‘destinations’ reinforces our commitment to grow Turkish Airlines’ visibility in the U.S., an important and growing market for the airline,” said Aycı. 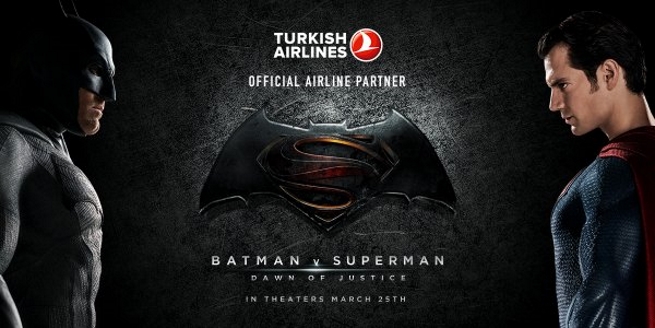