Ionian Blues on Kefalonia and Ithaca 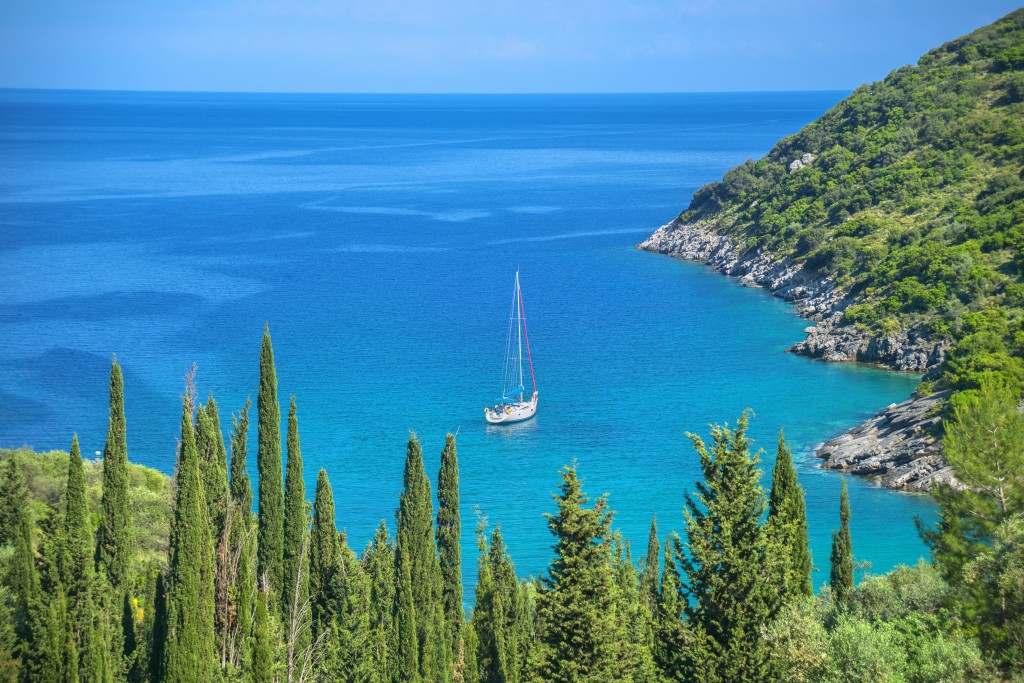 In a colourful four-page travel destination feature published in the January issue of UK travel magazine Escapism, journalist Hannah Summers plunges into the blues and greens of Kefalonia and Ithaca, where she paints a picture of herb-filled rolling hills to hidden beach coves accessible only by sea. 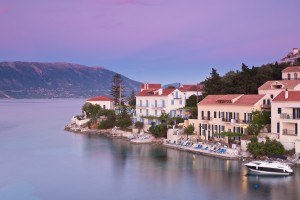 She describes her journey on a hire boat she skippered from Kefalonia to Ithaca: “My god, this is great: blazing sunshine, Tippex-white cliffs and sea the colour of blue curaçao. And not a single soul in sight.”

The writer notes that the two islands attract a more discerning traveller, particularly yachting enthusiasts who dock at the elegant town of Fiskardo in northern Kefalonia and explore the numerous nearby bays that offer peace and seclusion.

“Yet despite the cosmopolitan crowd in this part of the island, the majority of Kefalonia is relaxed, rustic and brilliantly untamed,” she writes in the magazine, which is distributed on London’s underground.

Summers, who visited with her boyfriend, highlights the fact that Kefalonia plays hosts to hundreds of beaches, from quiet Petani to “Greece’s pin up beach” Myrtos, pictured as a dramatic sunset graces turquoise seas. 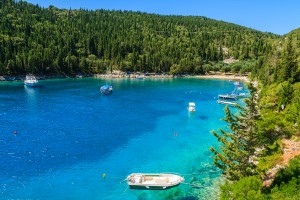 Kayaking “is a fun way to travel south from the island capital of Argostoli, where yet more crazy beautiful coves, only accessible by boat, scatter the coastline, and caves – many of which are home to the endangered monk seal”, she writes.

Beyond its spectacular beaches, Summers points out that the island is also perfect for adventurous travellers, who can explore the villages of the interior by car and take a fun-filled and informative jeep tour to Mt Ainos in search of wild horses.

She also details her experiences of Ionian culinary delights and the relaxed way of life on the two islands.

As she enjoys a final day out on the water aboard the couple’s hire boat, Summers makes a mental note: “This is the real Greece, and I have it all to myself.”

Marketing Greece arranged a media trip for Summers to the islands last July, in cooperation with the Region of the Ionian Islands and its strategic airline partner Aegean, as part of efforts to promote the lesser known elements of Kefalonia, as well as introduce Ithaca to the UK market.