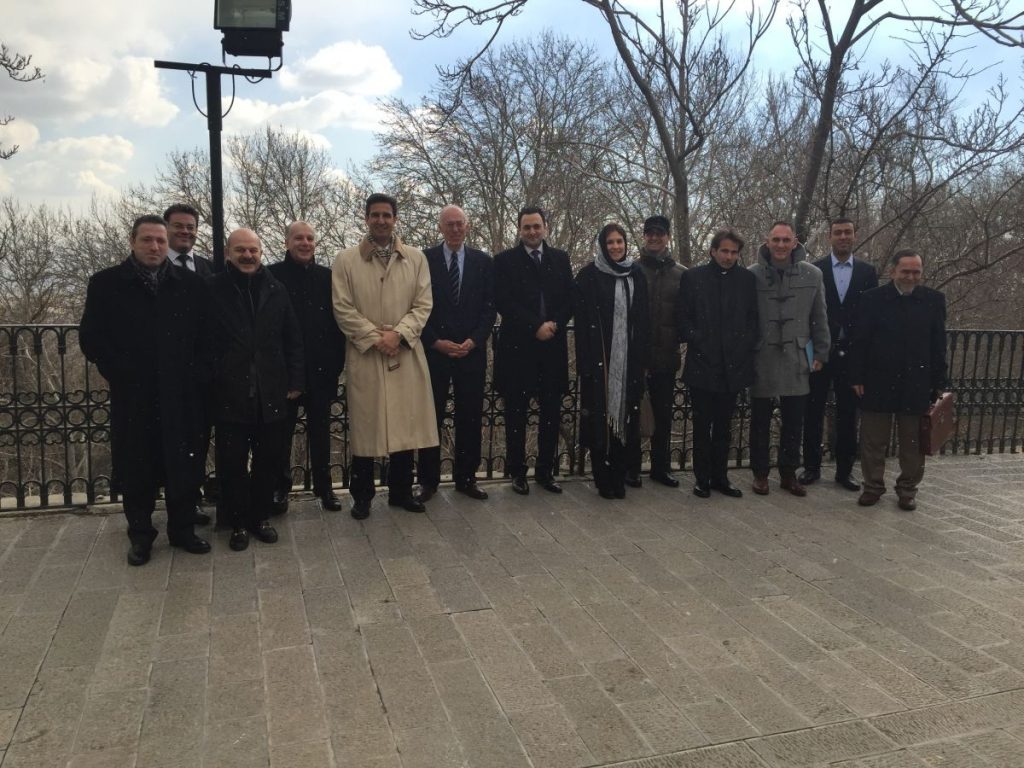 GNTO Secretary General Dimitris Tryfonopoulos (fifth from left) and the delegation of representatives from Greece’s tourism sector in Tehran, Iran.

Last week a delegation of representatives from Greece’s tourism sector, headed by the secretary general of the Greek National Tourism Organisation (GNTO), Dimitris Tryfonopoulos, paid an official two-day visit to Tehran, Iran, aiming to establish closer cooperation between the two countries in the area of tourism.

Talks between Mr. Tryfonopoulos and Mr. Movahed focused on ways of collaboration to increase tourist traffic between the two countries.

On their part, the members of the Greek delegation met with representatives of Iranian tourism bodies and presented in detail the range of tourism options Greece can offer visitors from Iran.

The Greek delegation’s visit to Iran followed the lifting of international economic sanctions imposed on the country. The visit is considered the first essential step of the country in developing mutually beneficial synergies based on tourism, one of the most dynamic sectors of the global economy.

Iran is a robust and populous country of 78 million inhabitants, with a strong middle class, high income and education levels. Iranians travel abroad mainly during the period of NOWROUZ (New Life) – about 15 days before and after New Years – but also during the summer.

The GNTO will return to Iran in two weeks (February 16-19) to participate in the Tehran International Tourism Exhibition (TITE) with its own stand for the first time.

World Health Organization: No Restrictions on Travel Due to Mosquito-borne Zika Virus