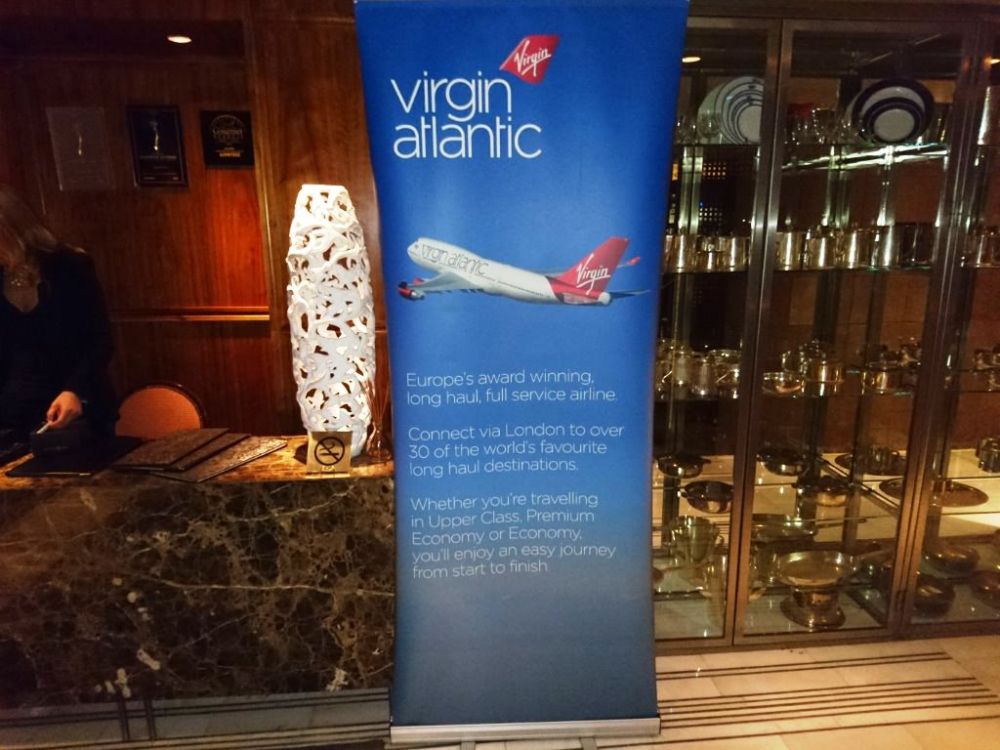 Leading travel agents in Athens, Greece, were updated on the latest developments involving Virgin Atlantic Airways during a dinner hosted by the airline on January 20.

During the dinner, the Greek travel agents had the opportunity to talk with Virgin Atlantic’s European Account Manager, Laia Martinez, who also attended the dinner.

With over 200 destinations to travel to direct and an expanding connecting network, Virgin Atlantic offers a differentiated product and service, including access to exclusive Clubhouses.

Virgin Atlantic took delivery of Olivia Rae in 2015, its seventh 787 aircraft at London Heathrow. Olivia Rae started flying the London Heathrow-Johannesburg route at the end of October 2015. Passengers who are heading to South Africa will be able to enjoy the 787’s exceptionally comfortable onboard experience, including a lighter, brighter cabin and less turbulence.

Over the years, Virgin Atlantic has received various awards for its services, such as “Europe’s leading airline to North America” (World Travel Awards 2015).

Discover the World Greece is the general sales agent (GSA) of Virgin Atlantic Airways in Greece.