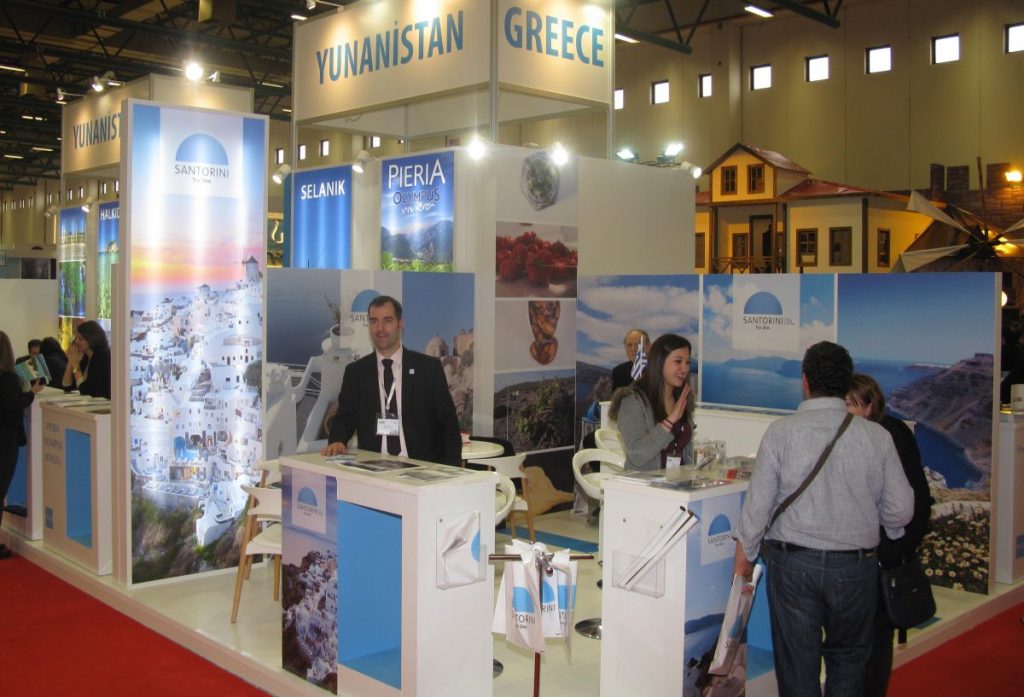 Photo by Municipality of Thera

Aiming for Santorini to attract more travellers from Turkey and the markets of the eastern side of the Mediterranean & the Middle East, the Municipality of Thera presented the Cycladic island as an all year round tourism destination at the East Mediterranean Tourism and Travel Exhibition – EMITT in Istanbul, which opened on Thursday.

Celebrating its 20th year, EMITT is recognized as one of the top five tourism exhibitions in the world and attracts visitors mainly from Turkey’s tourism industry and Middle Eastern countries.

“The Turkish market is particularly interesting to Santorini as Turkish visitors have a high education and income level and are a great new market for our island”, an announcement by the municipality said.

Photo by Municipality of Thera

At the Santorini stand at EMITT, representatives of the municipality, headed by Loukas Bellonias, informed Turkish travel agents and professionals on the latest initiative “Santorini: Year-round Destination”. A collaborative effort between the Municipality of Thera and the island’s enterprises, the initiative sees to attract visitors during the off-season through a series of actions that include the promotion of alternative forms of tourism.

Turkish professionals and visitors to the stand of Santorini also received information on the island’s gastronomy, culture/history and activities.

The Greek Travel Pages (GTP) is a media partner to EMITT 2016.