Turkish Airlines: Passenger Traffic Increase of 25% to Athens and Thessaloniki Airports in 2015 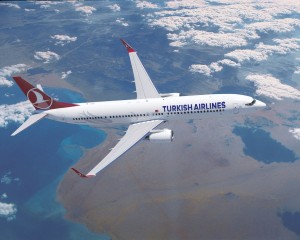 Turkish Airlines last year recorded a significant annual increase of 25 percent in passenger traffic for both international airports in Athens and Thessaloniki in Greece, an announcement said on Tuesday.

“Overall for 2015, Turkish Airlines carried more than half a million passengers to Greece, compared to any other year, contributing to a very successful tourist season for the country””, the announcement read.

According to the carrier, the data ranks Turkish Airlines among the top five airlines with flights to Greece based on the number of passengers.

Sixty-nine years have passed since the first international flight of Turkish Airlines to Athens on February 12, 1947.

“Turkish Airlines network, which counts 284 international destinations in 113 countries worldwide, ensures that the number of passengers travelling to Greece will continuously increase.”

Minoan Lines: Change of Itineraries Due to 48-hour Strike on Jan 27-29