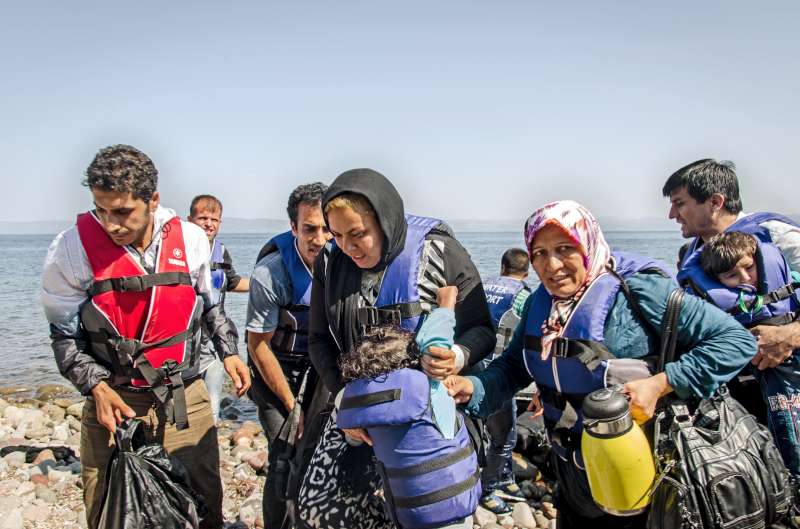 While thousands of refugees fleeing war continue to make their way to Greek shores in efforts to make a better home for themselves in Europe, the EU is playing hot potato.

A number of European countries, including Hungary, Slovakia and of late Austria and Germany are blaming Greece for being unable to secure its borders while at the same time the EU’s very own border control agency, Frontex, says its near to impossible due “to Greece’s geography, with its scattered islands and long coasts” to stop the refugee influx.

Frontex spokeswoman Ewa Moncure added that it would also be illegal to turn asylum seekers away from Greek waters. “Under international law, every person who crosses a European border can claim asylum,” she told AFP.

Meanwhile, reports that Greece will be ousted from the Schengen zone if it does not improve its management of the crisis, prompted a strong reaction by Greek officials at an EU interior ministers meeting in Amsterdam on Monday, who said fellow EU member states were “lying”.

Greek Migration Minister Ioannis Mouzalas expressed his dismay at rumors that Greece did not want coastguards and that it was doing noting to safeguard its frontiers. “We are told that we don’t want coastguards, it’s a lie.”

The European Commission has denied there are plans to suspend Greece from the passport-free travel Schengen zone.

In 2015, more than 850,000 people entered Greece by sea, with the North Aegean islands, mainly Lesvos, bearing the brunt of the human influx. The United Nations High Commissioner for Refugees (UNHCR) reveals that in 2016, some 35,455 people have thus far entered Greek waters.

In the meantime, a Financial Times columnist is suggesting that difficult times call for creative measures, linking in effect the Greek economic predicament with the refugee crisis and adding that a plan to “ringfence” Greek borders “believed to have support in Berlin” may solve the problem.

According to the FT, Greece could agree to “seal” its northern frontier with EU aid, cutting the flow of refugees into northern Europe, and in return, Germany would agree to a write-down of Greek debt, as well as immediate financial assistance to cope with the current crisis.