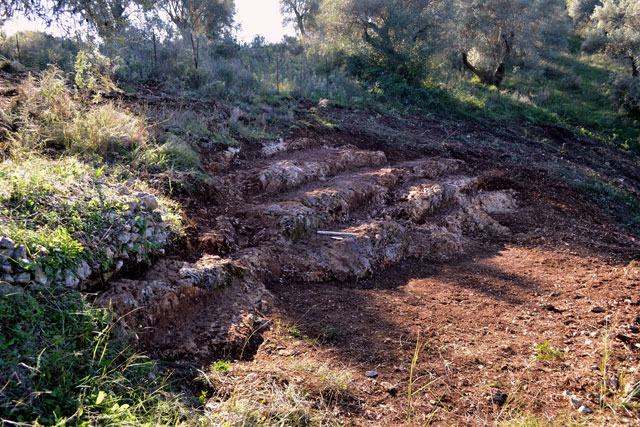 Rows of seats of the theater.

Part of the theater’s orchestra.

Archaeologists have unearthed an ancient theater on the Greek island of Lefkada in the area of Koulmos Hill, the culture ministry said on Wednesday.

Excavations on the northeastern side of Koulmos Hill carried out late last year revealed rows of seats, part of the orchestra and sections of the retaining walls of the “koilon” and stage.

Despite there being no mention of the ancient theater in written sources, a brief dig had been carried out in the area at the start of the 20th century by German archaeologist Ε. Κrüge, a collaborator of Wilhelm Dörpfeld. 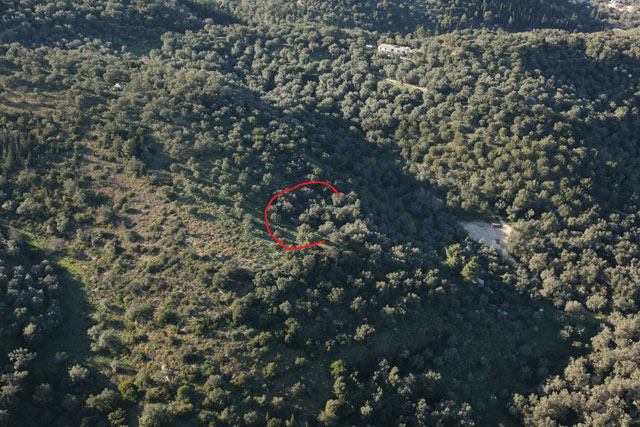 The Ephorate of Antiquities of Aetolia-Acarnania and Lefkada proceeded to dig 13 trenches which brought the finds to light and based on the results of the surveys conducted, archaeologists confirmed the location of the theatre.

The Lefkada Municipality in collaboration with the Ionian Island Region have lent their full support to the Ephorate of Antiquities, with the culture ministry stressing that its priorities are to proceed with the research, promotion and protection of the monument. 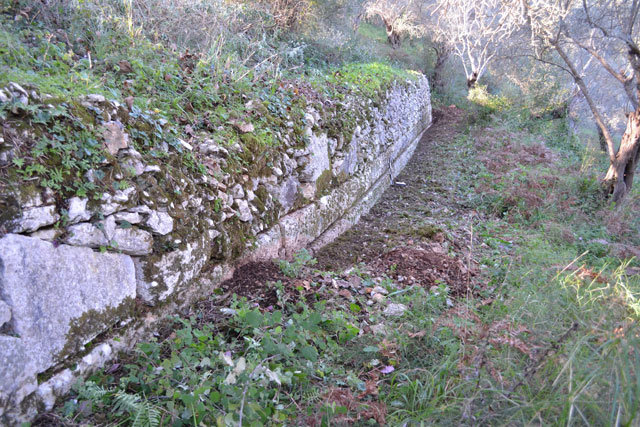 Section of the retaining wall north of the theater.