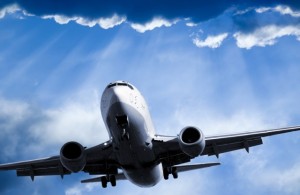 The previous year was the safest in aviation history, according to Aviation Safety Network (ASN), despite two deadly disasters with a toll of 374 people.

The ASN, however, is quick to point out that the Germanwings A320 crash last March, and the Metrojet A321 collision in October, due to a suspected bomb, were deliberately caused and not a result of faulty safety.

With the exception of the two deliberate crashes, ASN says 2015 would have been the least deadly year for aviation since it began recording flying safety.

According to the ASN, the deadliest year in aviation history was 1972, with 2,370 deaths in 72 fatal accidents.

Aviation expert Flightglobal’s data bears that out: 2015 marked an accident rate of just one in 5 million flights, the lowest figure on record.

“For the first time last year, not a single passenger fatality was recorded on a Western-built jet, excluding those from suspected acts of violence. This was achieved against the background of the global Western jet fleet’s transporting 3.7 billion travellers and conducting 32 million flights,” it said.

LGBT Survey: What Tourism Businesses Need to Know to Target the $202B Gay Travel Market