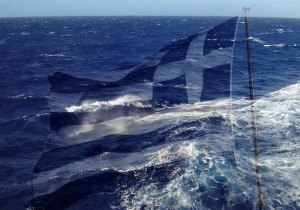 The president of the Hellenic Chamber of Shipping (NEE) expressed his concern over the dwindling numbers of Greek-owned ships at a special New Year’s ceremony held recently during which the Hellenic Coast Guard was awarded for its search and rescue efforts.

NEE President George Gratsos, addressing among others Shipping Minister Thodoris Dritsas, was critical, saying that political actions have led to the “death” of Greek shiprepair and cruise, as well as to the withdrawal of coastal shipping against foreign players due to the lack of competitiveness plaguing the Greek economy.

“Greek shiprepair once thrived, creating thousands of jobs as well as great revenue. We manufactured newlybuilds, retrofitted passenger ships and ferries, repaired most of the Greek-owned fleet. The decline started in the ’70s, only to reach today’s total demise,” Mr Gratsos said.

He was quick to add that in the ’70s, most cruise liners traveling the Mediterranean were Greek owned, referring in the meantime to the number of cruise ships that have been turned away.

Mr Gratsos noted that in 2000, there were 22 Greek flag ferries linking Greece with Italy. Today, there are 13, only five of which operating under the Greek flag.

UNWTO: Visa-free Travel on the Rise