New research has revealed a sharp divide between the generations on attitudes to Greek travel.

UK-based online travel agency LoveHolidays recently surveyed people from across the UK to find out whether their 2016 travel plans would be affected by the current economic climate in Greece.

“The good news for Greek travel is that the majority of people surveyed stated they would not be affected by a financial crisis when travelling”, LoveHolidays said. As much as 21 percent of the 45-59 year olds surveyed said that they would travel to Greece specifically to help the country’s economy. 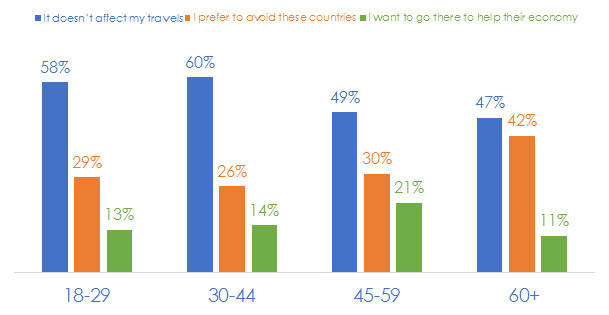 According to LoveHolidays, this is an interesting finding, going against the popular belief that Millennials are more socially conscious than their older peers.

The survey also asked respondents how travel companies could help to support local communities and encourage people to travel to Greece.

Millennials decided that offering lower prices on flights and hotels to encourage more tourists to travel to Greece (Figure 4) was the best option. However, they did not appear that interested in travel companies collaborating with local tour organisers as older generations (Figure 3).

Interestingly, the majority of people surveyed said it wouldn’t make any difference to their travel plans if Greece was to exit the EU. In fact, many saw it as a potential positive, meaning lower prices and fewer crowds. 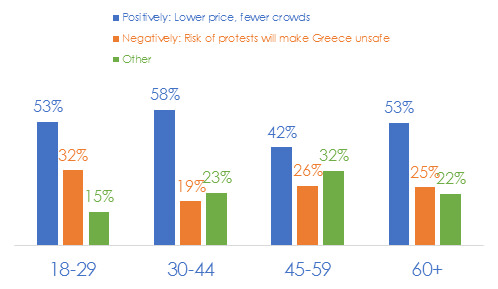 LoveHolidays concluded that despite negative press surrounding the Greek financial crisis, Greece is considered a safe destination by all demographics. 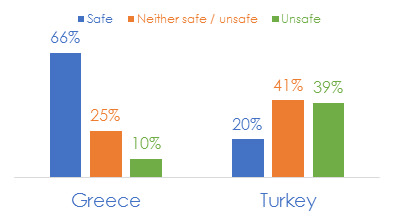