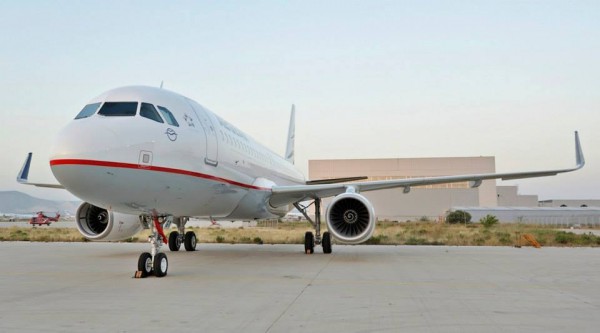 Greek carrier Aegean Airlines apologized on Wednesday, to the Palestine Liberation Organization for an incident on Sunday, which saw two men – an Israeli-Arab and a Palestinian – voluntarily disembark after angry protests from Jewish Israeli passengers, who cited security fears.

With their own consent, and despite holding official Israeli documents, the two Arab travelers got off Aegean flight A3 928 from Athens to Tel Aviv, which was delayed due to the complaints by more than 60 Jewish passengers who were standing in the aisles and refused to sit for over an hour and 30 minutes.

Aegean described the protests as “unwarranted” and “unfair” and said that the two men no longer felt comfortable to fly.

In its letter to Palestine Liberation Organization Secretary General, Dr Saeb Erekat, Aegean expressed its “greatest regrets for the event”, saying the crew reacted “to a very difficult situation only having the safety and comfort of all passengers in mind”.

Mr Erekat said Aegean’s decision to escort the passengers off the plane was “unjust and disgraceful”.

“We are outraged by how two Palestinians were treated with discrimination and prejudice at the hands of the Aegean cabin crew prior to the departure of last Sunday’s flight,” he said in a statement.

“We call upon the Greek government to take strong action against this racist act, including compensation for the two Palestinian passengers.”

The airline said that it acted “out of concern for the two passengers’ comfort and safety during this flight” and added that it rejects “any possibility of discrimination, which is completely in opposition to the principles we adhere to and which our employees apply”.

Aegean also said that it had compensated the two men for the incident, covering overnight stay and transport. The pair flew to Israel on an El Al flight on Monday.

“We thank again the two passengers who agreed to disembark for their understanding and collaboration, and we apologise for the whole episode, which was indeed extremely unfortunate,” the company said.

The airline concluded that it respects the rights of all passengers to travel without any effects of potential racial profiling.

According to media reports, Palestinian authorities have now demanded an investigation into the incident.

Give the Greeks a Nobel Prize for Humanity, Vote Now