A team from the Athens-based Museum of Cycladic Art held a fund-raising event at New York’s Public Library last month in order to launch its “traveling suitcases” project aimed at educating youngsters about Aegean art. 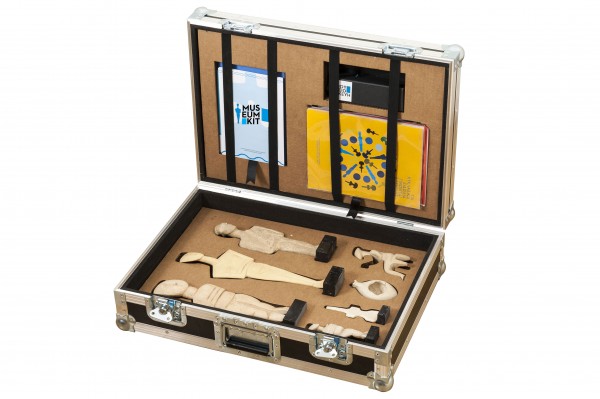 Museum authorities revealed the secret of the suitcases during the event, which attracted art lovers, collectors, curators and artists – among them Dakis Joannou, Jeff Koons, Carlos Picon, Shelby White and Malcom Weiner – and focused on the world renowned Cycladic figures. The minimalist marble statuettes which emerged during the ancient Cycladic civilization on the Aegean islands from 3300 to 1100 BCE, have inspired modern artists such as Picasso and Brancusi.

During the New York event, Ann Temkin, Chief Curator of Painting and Sculpture at the MOMA, spoke about “Cycladic Art and the Modern Artist”. The museum kit/suitcases were then auctioned off, and will travel to schools and museums across Greece as well as to international venues as these are selected by the benefactors.

The kits – two traveling suitcases containing Cycladic statues, audiovisual and printed material and marble vessels -are aimed at bringing youngsters in touch with Cycladic art, culture and history. At the same time, a series of supportive events including workshops, seminars and dance happenings aim to engage the children so that they learn more about Aegean art.

‘Alexander the Great’ Marathon to Soar on Ellinair Wings

New Year’s Eve: Athens to Ring in 2016 with Music and Dance