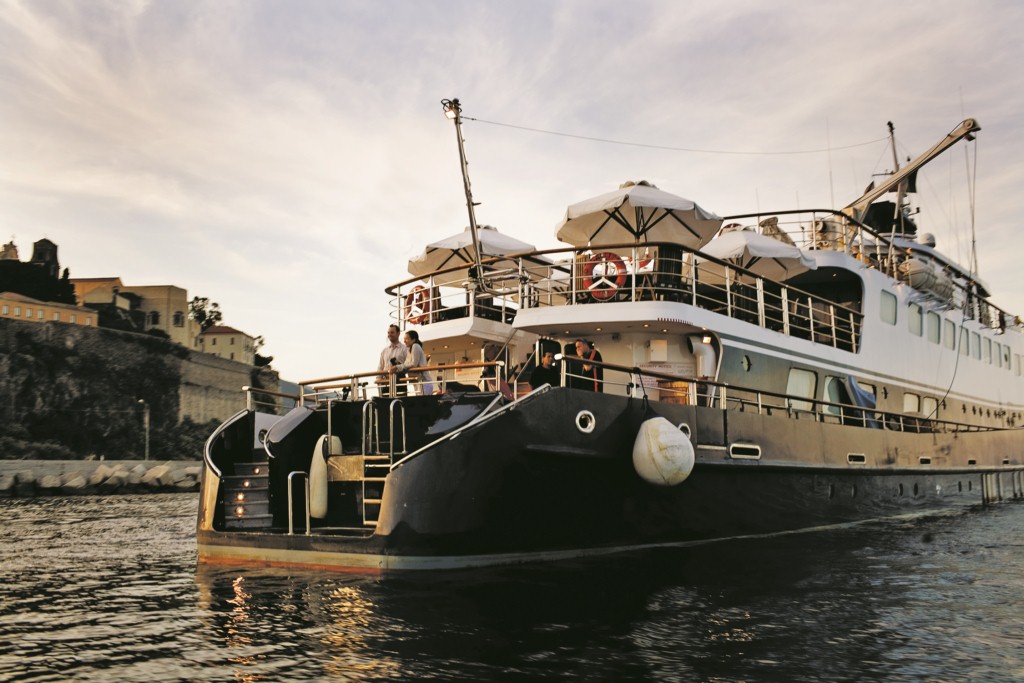 Following a complete refit that will be completed early next year, the 17-cabin and 34-passenger Callisto, the newest addition to the fleet of small-ship cruise line Variety Cruises, will make her inaugural debut in Greece among the islands and along the Peloponnese peninsula in summer 2016.

From April through October 2016, the motor yacht Callisto will operate the 7-night/8-day Classical Greece cruise in tandem with the M/Y Harmony V.

From December 2016 to March 2017, the Callisto will switch continents to Central America to operate cruises in Costa Rica and the Panama, including a Panama Canal crossing with a day cruise around the Gatun Lake. Winter 2016/17 will be Variety Cruises’ 4th consecutive season in the area.

The mega-yacht Callisto was acquired by Variety Cruises in September 2015. The Callisto’s refurbishment works include the installation of new state-of-the-art stabilizers, new generator, bridge renewal and a general improvement to all areas including dining, cabins and sundecks.

The Cruise Book 2015-2017 details cruise programs from November 2015 through April 2017 in Greece and the Greek Islands, Turkey, the Adriatic Sea, the Seychelles, the Canary Islands, the Cape Verde archipelago, Cuba and Costa Rica and the Panama.

“2016 promises to be our most exciting year yet. We continue to grow with new territories and new ships, while listening to what our loyal guests and our valued partners are looking for next”, Lakis Venetopoulos, CEO and President of Variety Cruises, said in an announcement.

Diavlos: Where Foodies Indulge in the Finest Greek Cuisine