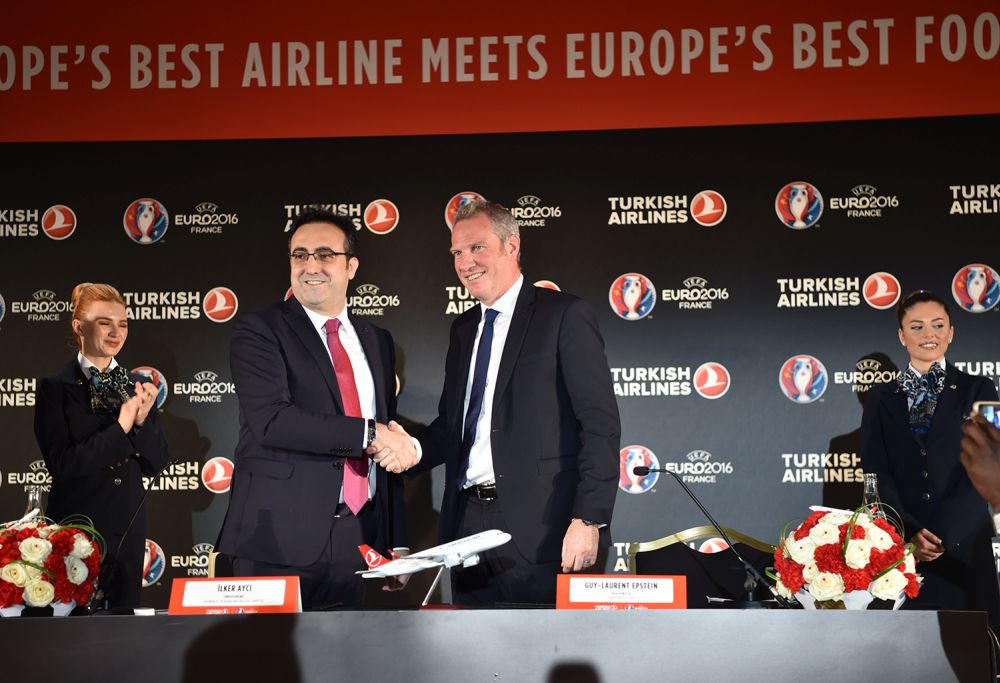 As part of the campaign, Turkish Airlines will be developing exclusive offers such as special charter rates for competing teams to travel to and from the tournament and social media campaigns for the fans.

“The agreement marks the next chapter in Turkish Airlines’ relationship with sport on the world stage”, an announcement by the airline said.

“Football has the power to unite people from all different nationalities and EURO 2016 is the ideal tournament to celebrate this. A perfect fit for the Turkish Airlines brand as it flies to more countries than any other airline — including 107 destinations in 42 counties in Europe.”

Turkish Airlines will also have their livery planes decorated with the Euro 2016 visuals. Flying to over 280 destinations worldwide, the new branding will be on show for all to see. In addition, there will be significant Turkish Airlines branding presence at the stadiums for the duration of the tournament.

“We are excited to welcome Turkish Airlines on board for UEFA EURO 2016. As Europe’s leading airline they will be able to capitalise on the platform the newly expanded tournament offers, to build on their current success”, Guy-Laurent Epstein, Marketing Director of UEFA Events SA, said when signing the agreement in Paris in early December.

“Through exclusive offers and innovative activations, we are looking forward to working with them to bring fans together from all over the world to celebrate in France next year.”

Turkish Airlines is renowned for its varied sponsorship programs throughout the world including headline sponsor for the Turkish Airlines Open – one of the most prestigious golfing tournaments on the European Tour.

“Turkish Airlines has endorsed sports all over the world for many years, we firmly believe in its ability to unite people from different nations and cultures on the playing field”, M. İlker Aycı, Turkish Airlines Board Chairman, said.

“The partnership with UEFA EURO 2016 is the perfect opportunity to celebrate the very best in European football with fans from all over the world.”