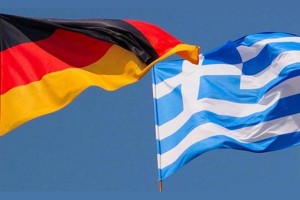 German interest in Greek destinations is still keen, with more German travelers including Greece in their holiday plans for 2016, local tourism professionals say. To keep up with the trend, German tour operators are enhancing their Greece packages with additional airline seats and accommodation options.

Greece is facing fierce competition by other neighbouring destinations including Spain, Italy and Turkey, which has – following the recent Russia incident and the resultant embargo – focused much of its tourism drive on the German market.

At the same time, an estimated 20 percent of Germany’s holidaymakers said they would think twice before setting off on their next trip, according to a November survey published after the terror attacks in Paris, in German travel magazine fvw.

The report, however, also found higher figures for people who would not be influenced in their travel plans, led by Spain with 50 percent and Greece at 39 percent.

Additionally, according to Germany’s Federal Statistical Office, the Greek islands continue to be leading destinations of choice for 2015, reporting an increased number of air arrivals by German tourists.

Indicatively, departures from German airports to the Greek islands increased by 6.2 percent, surpassing 1.4 million, between April and October 2015 compared with the corresponding period in 2014. The number of departures for the whole of Greece in the same period grew by 2.9 percent, reaching 2.27 million.