‘Athens is the Grandest Open-air University in the World’

British daily newspaper The Daily Mail taps the ancient spirit of Athens in an extensive travel destination feature that inspires UK travellers to visit the Greek capital and uncover ancient history with every step.

The Temple of Poseidon at Cape Sounion. Photo © Chris Kaddas

The feature, entitled “Architecture, academia and the birthplace of democracy: Athens is the grandest open-air university in the world”, was published in the newspaper’s digital edition and reveals the magnetic allure of the city’s ancient sites.

The Daily Mail encourage Britons to take the time to explore the ancient theatres, monuments and temples of this “venerable landmark city”, and watch as their ancient history lessons spring vividly to life.

“There are no fees. No professors. No homework. You don’t even have to attend every day, just as and when there’s an itch of intrigue,” the story reads.

“Here is a country routed in our consciousness, whether we’ve visited it or not. The names of ancient Gods and Goddesses are taught to us at an early age, and the epistemology of their philosophers still widely referenced in society today.”

In the article, the writer recommends that travellers pay a visit to the treasure-filled Acropolis Museum and attend a summertime performance at the Herod Atticus Odeon, where he experienced a concert by acclaimed violinist Vanessa Mae.

“No other outside venue in the world comes close to the artistry of an open-air concert here,” he writes, pointing out Athens’ interest in promoting the arts, and national dance and music ensembles, in particular. 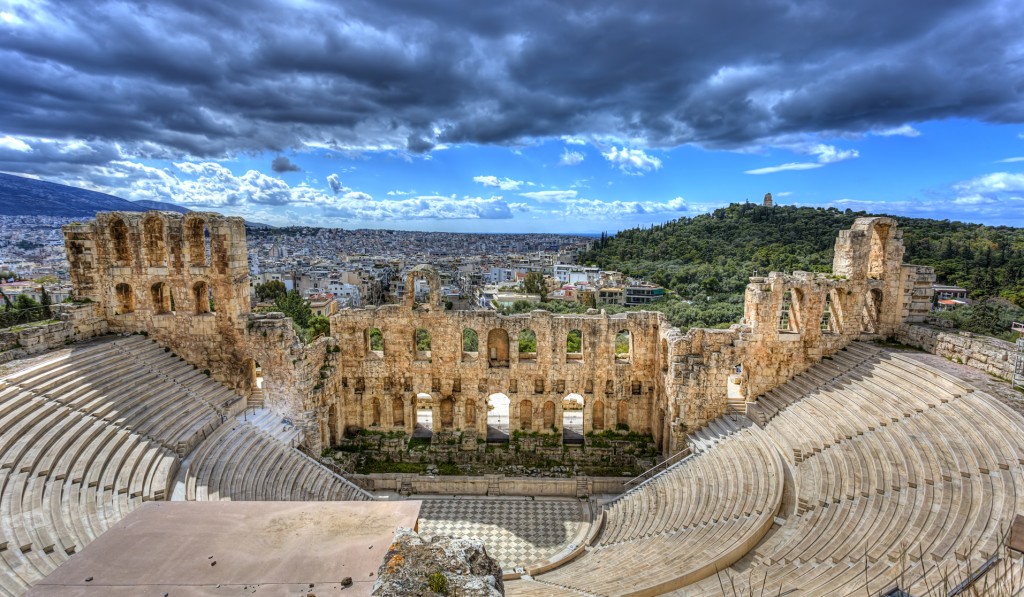 Travellers would “be wise to make the detour” and spend a few days in the city, where they can also see how contemporary Athens fits into the picture, the story continues.

In one image, the writer is pictured outside the Panathenaic Stadium, where he ran a lap on the historic track, “feeling the shadows of great athletes”.

The story follows a press trip to Athens organised by Marketing Greece as part of efforts to strategically position Athens as a year-round city break destination that combines fascinating ancient history with contemporary urban life.