Summit Leaders Vow to ‘Regain Control’ of EU Borders, but No Deal Yet 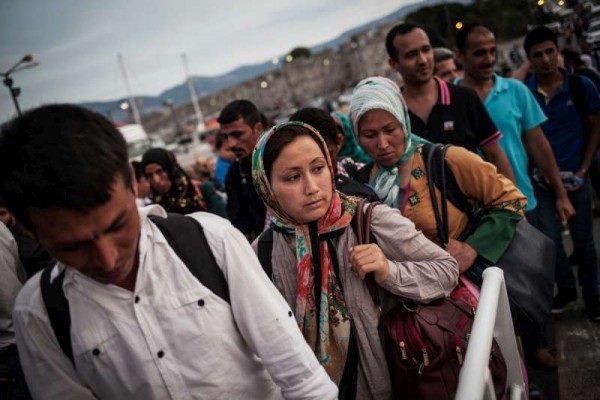 EU leaders failed on Thursday, to agree to the Commission’s proposals for a new border and coastguard patrol, instead pledging to work towards ensuring more efficient registration and security checks of refugees while reiterating their vow to hand Turkey more than $3.2 billion to step up efforts to stem the influx.

“For the integrity of Schengen to be safeguarded it is indispensable to regain control over the external borders,” the leaders said in a statement during the last summit of the year, adding that they aim to reach a deal on exactly how this will be achieved by the middle of 2016.

Topping Thursday’s agenda was ensuring that Greece and Italy to regain control of their coastlines before thousands of refugees move further into Europe, taking a toll on public services elsewhere.

On the sidelines of the summit, Greek Prime Minister Alexis Tsipras said the number of incoming refugees has not dropped and requested that a clause of the Commission’s proposal which would allow Brussels to intervene without member state approval should the refugee crisis be considered unmanageable be dropped. Mr Tsipras cited fears of diminished national sovereignty. Germany, however, is insisting that protection of external borders, especially those in Greece, can only be achieved through Brussels.

Although EU authorities had expressed plans in May to relocate thousands of refugees from Greece and Italy to other Union countries, it never panned out. Instead, the Commission announced a new plan this week to step in with border and coastal controls at major entry points in Greece and Italy. But that scheme too is still on the backburner.

Meanwhile, Britain’s Prime Minister David Cameron stole the show on Thursday, when he said Britain was contemplating pulling out of the EU. Mr Cameron said he would hold a referendum on the country’s membership by 2017.

In the meantime, Oscar Award winner and longtime activist Susan Sarandon is currently on the island of Lesvos in her role as a Unicef Goodwill Ambassador in efforts to raise awareness of the refugees’ plight.