The Municipality of Thera recently launched an online advertising campaign on the European versions of leading travel websites as part of the “Santorini: All year round destination” initiative.

The Santorini campaign is centred on banner ads and video interstitials and will run for three weeks on leading travel sites such as tripadvisor, lonelyplanet, expedia and airbnb.

The campaign’s key target markets include the United Kingdom, the Netherlands, Germany, France, Austria, Belgium, Italy and the Nordic countries.

The municipality has placed particular emphasis on the banner ads and video interstitial displayed on the National Geographic website. The Santorini banner ad is seen on the homepage and in various sections — travel, photography, news, ROS (across the site) — and in the Greece Guide. 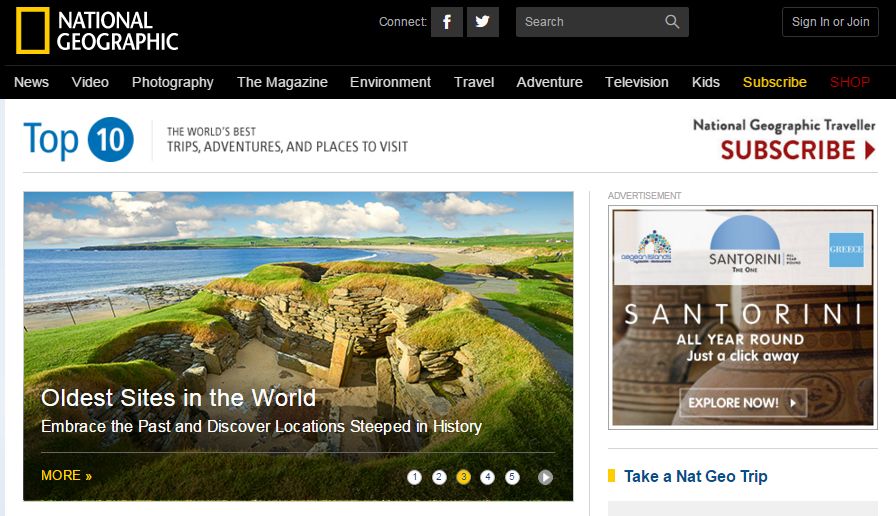 The Santorini video interstitial pops up in all sections of the website in front of the content (as soon as the user opens the page) and pre rolls are played before video content begins.

To view the campaign press here.

The campaign is financed by the South Aegean Region.