The New York Stock Exchange, in collaboration with Capital Link, held “Greek Day at the NYSE” on Tuesday, following the 17th Capital Link Forum that took place at the Metropolitan Club on Monday.

With the Greek flag hanging on Wall Street, the NYSE hosted an official reception in honor of the Greek delegation, the Greek interest companies listed on the NYSE Euronext and the enterprises that took part in the forum.

The event highlighted the importance of the US capital market as a major source of fund raising for an increasing number of Greek companies as well as the NYSE’s decisive role in this direction. 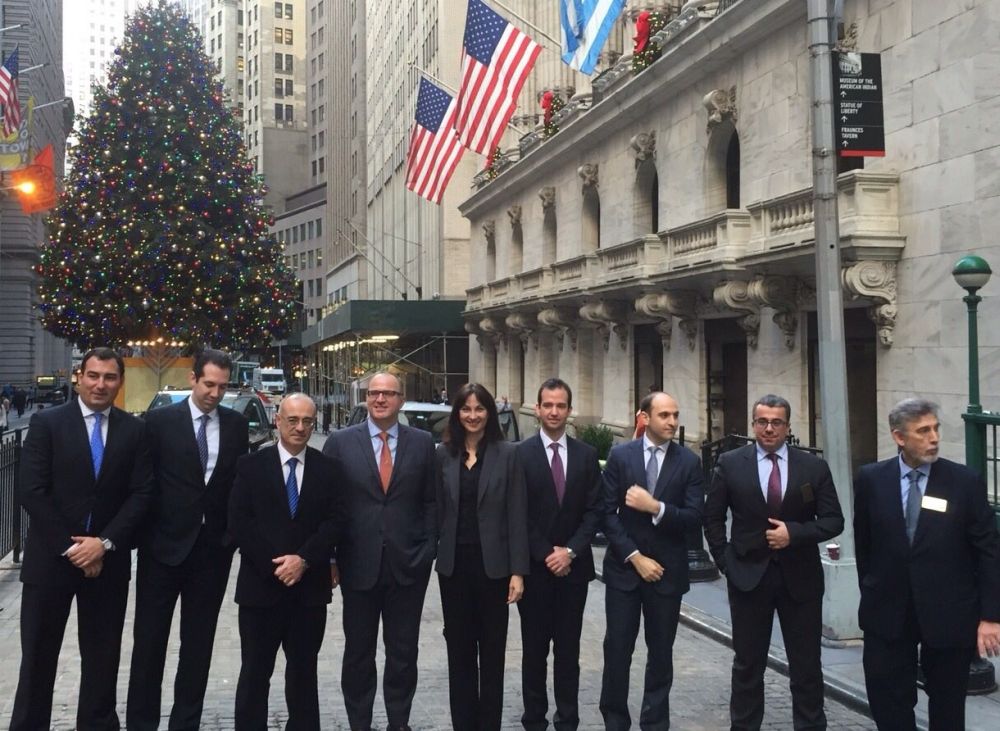 The Greek delegation on Wall Street.

Kountoura talks tourism in the US

While in New York, Alternate Tourism Minister Elena Kountoura attended a panel discussion at the 17th Capital Link Forum and invited international investors to explore the significant opportunities of Greek tourism. She also held a series of meetings aiming to strengthen Greece as a destination in the US market.

On Tuesday, she attended a scheduled meeting with Archbishop Demetrios of the Greek Orthodox Archdiocese of America, at the headquarters of the Archdiocese.

During the meeting, ways to further strengthen the traffic of Greek-American tourists to Greece were discussed, along with the development of religious tourism. The alternate minister also explored how the Archdiocese could work with the tourism ministry to promote Greece as a center for Christian tourism.

She also held talks with leading tour operators that specialize in holidays to Greece and gave interviews to US and Diaspora media.