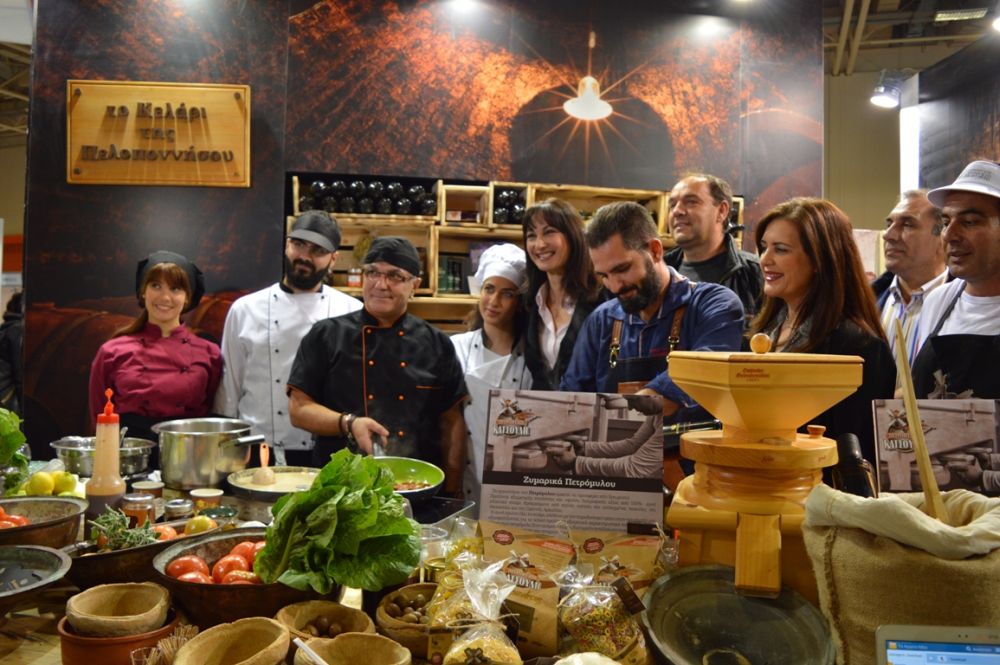 It may boast a vast variety of tourism options and destinations, but the Peloponnese Region won over the crowds at the Greek Tourism Expo held in Athens earlier this month, with… food.

Greek Alternate Tourism Minister Elena Kountoura at the “Cellar of the Peloponnese”.

Visitors had the chance to indulge in the finest Peloponnesian products prepared on the spot by acclaimed chefs at the “Cellar of the Peloponnese” — a culinary meeting point where Expo participants did their eating, drinking and talking.

In the meantime, tourism professionals from the region participated in the fair and promoted the region’s offerings during a series of B2B meetings with international hosted buyers.

Among the alternative forms of tourism on offer, the Menalon Trail, running through the forests and rivers of the Peloponnese, is the first footpath in Greece to receive European certification and be placed among the Leading Quality Trails — Best of Europe. Other attractions in the pipeline include a newly announced diving park in Tyros, and the climbing park at Leonidio.