Hotels in Athens suffered the effects of falling demand during the three-month period of September-November despite a rise in visitors to the Greek capital, according to the Athens-Attica and Argosaronic Hotel Association.

Speaking at a press conference on Tuesday, the association’s president Alexandros Vassilikos said that the impressive 23 percent increase in foreign tourist arrivals to Athens, as recorded by Athens International Airport, does not correspond to the occupancy of hotels in the capital.

Occupancy levels in Athens dropped by 3.8 percent in September, by 6.1 percent in October and by 4.6 percent in November. Also, the average occupancy rate in Athens during the first 11 months of 2015 did not exceed 3.7 percent.

“Where are all these visitors to Athens staying?” Mr Vassilikos wondered and referred to the thousands of properties that are currently operating illegally as accommodation units in the Greek capital. 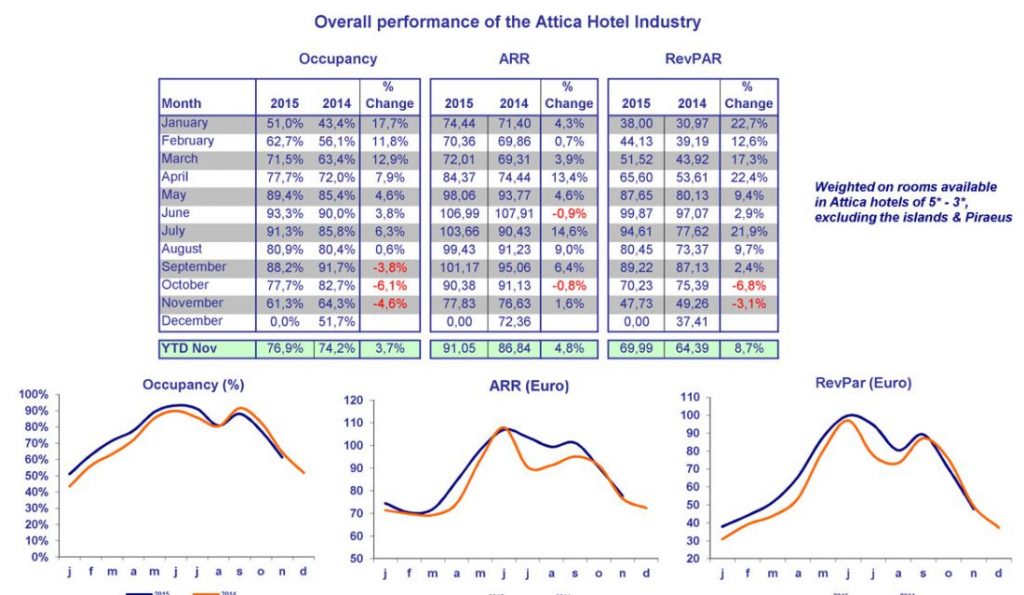 The association’s president stressed that right now over 8,000 properties are operating illegally in Athens and he called on the government to protect the hotel enterprises that operate legally.

According to data from the Hellenic Chamber of Hotels, the hosting of tourists in illegal tourism accommodation equals to legitimate hotels losing 12 million overnight stays, which translates to over 500 million euros of less revenue.

In regards to hotel prices, it was underlined that Athens still has the lowest average room rate (90 euros) compared to other European countries.

Mr Vassilikos added that strategic choices must be made for Athens as a destination to increase visitor numbers. These choices include upgrading existing hotels, promoting the coastal zone and creating a metropolitan conference center in the city.