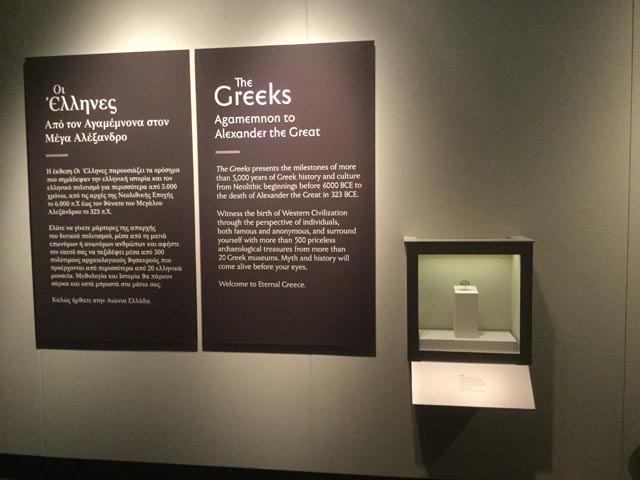 The most comprehensive exhibition to tour North America, The Greeks – Agamemnon to Alexander the Great featuring over 500 ancient treasures – many exhibited outside Greece for the first time – has gone on display at Chicago’s Field Museum. 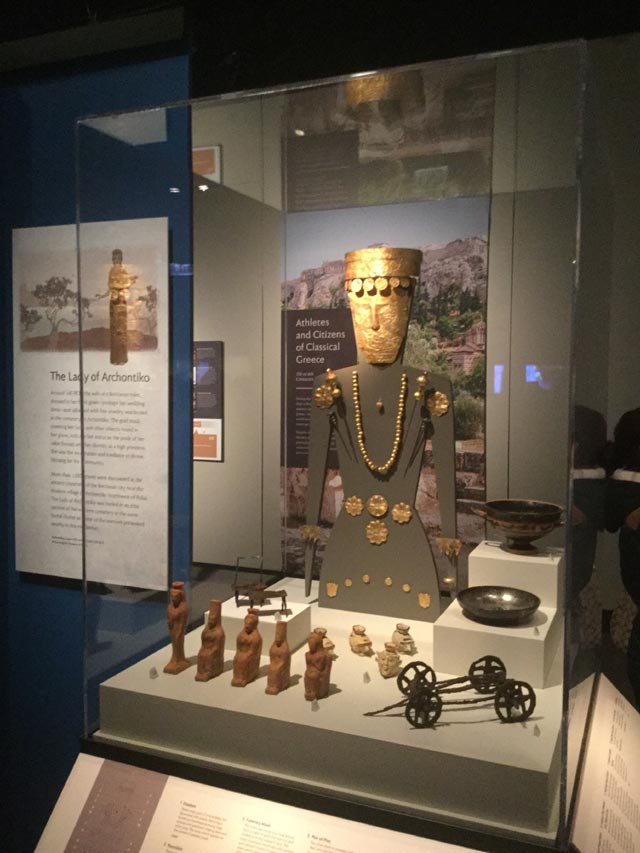 “We are honored to be able to present such an important exhibition that shows the emergence of Greek culture from its roots in the early agricultural villages of the Neolithic to the imperial expansion of Alexander,” says Field Museum Curator William Parkinson.

Jointly designed by the Greek culture ministry, the Pointe à Callière Montreal Archaeology and History Complex, the Canadian Museum of History, the Field Museum and the National Geographic Museum with the support in Chicago of the National Hellenic Museum, the show runs through to April 10, and explores epic tales through the eyes of the ancient Greeks via artefacts from 22 of the country’s museums that span 5,000 years of Greek history.

The Greeks show features, among others, gold offerings from the royal tombs of Mycenae, sculptures of Homer, a votive relief to Asklepios, a gold wreath of Queen Meda, the mask of Agamemnon, a marble Cycladic sculpture from the island of Amorgos, a ritual vase from Minoan Crete, bronze helmets and a funerary vase from Delos.

“This exhibition is not your typical art historical display of pretty vases and statues; it really gives the visitor an opportunity to see the evolution not only of art, but also of Greek culture, politics and economics over the long-term,” Mr Parkinson adds. 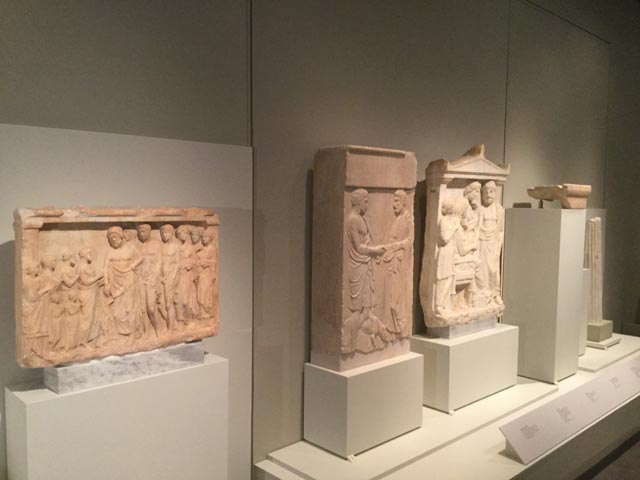 The Greeks – Agamemnon to Alexander the Great also includes lectures and interactive activities designed by New Media Lab of the Stavros Niarchos Foundation Centre for Greek Studies at Simon Fraser University, as well as videos produced by the National Geographic Society, the Acropolis Museum, and the Museum of Cycladic Art.

From Chicago’s Field Museum on April 10,The Greeks – Agamemnon to Alexander the Great will travel to the National Geographic Museum in Washington.