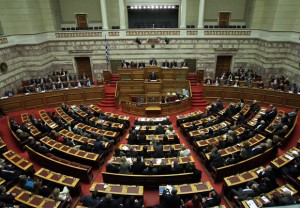 The Greek Parliament approved the country’s 2016 budget that includes deep spending cuts and some tax hikes amid economic recession.

Early on Sunday, in a vote after a five-day debate in the 300-member Greek Parliament, the budget was passes with a majority of eight votes, 153 to 145.

The 2016 budget forecasts zero economic growth in gross domestic product this year while the projection for next year is 0.7 percent fall in GDP.

The unemployment rate in the country is expected at 25.4 percent on average for 2015, with no change next year.

Prime Minister Alexis Tsipras told Parliament that he expects that growth would resume in the second half of 2016 and a strong tourist season could avoid a recession altogether.

CoR Seeks to Set Up Varied Tourism Services for Seniors