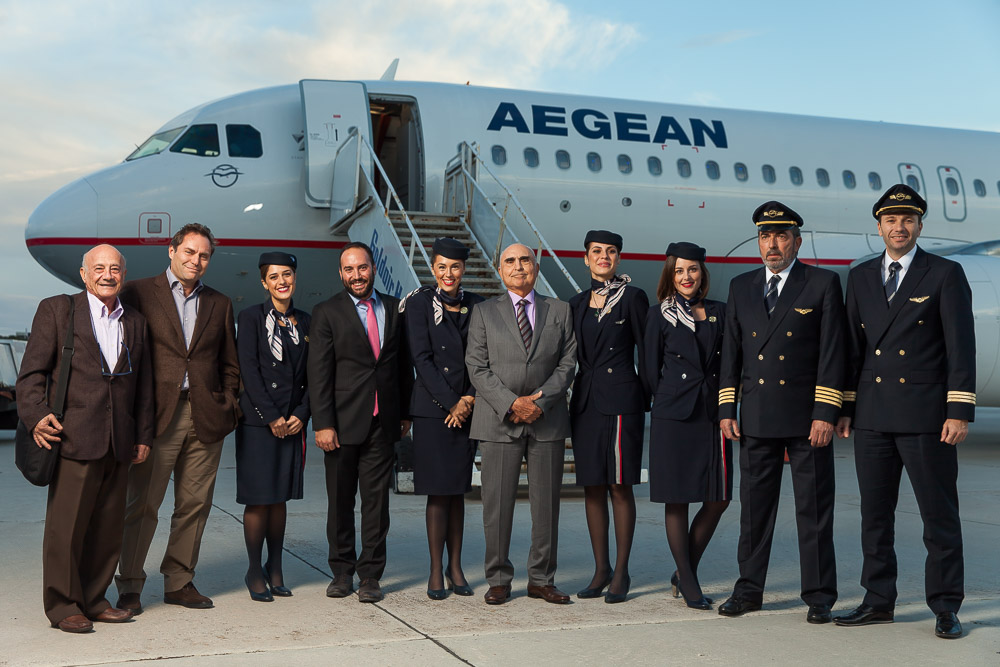 The Municipality of Skyros recently honored the chairman of AEGEAN, Theodoros Vassilakis, for the airline’s seamless coverage to the island which resulted in increased arrivals this year. The remote island of Skyros is the southernmost of the Sporades complex.

“I feel a great joy as a leading Greek company shows due care and contributes substantially to our island”, Skyros Mayor Miltiadis Chatzigiannakis said during an event held last week in the local closed stadium.

According to the mayor, increased scheduled air bookings on AEGEAN’s flights had a very positive effect on the tourism of Skyros this year, which proves the potential of the island as a destination.

“The contribution of AEGEAN and personally of Mr. Theodoros Vassilakis for us of Skyros is undeniable”, Mayor Chatzigiannakis added.

On his part, AEGEAN’s chairman said that the airline’s aim is to boost passenger traffic to remote and small destinations in Greece.

“We welcome the results of this effort, as our company’s aim includes the continuous enhancement of passenger traffic, the support to local communities and the increase of seats for the benefit of the islands”, Mr Vassilakis said.