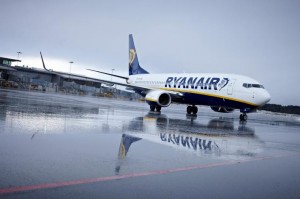 Low cost airline Ryanair said on Tuesday that it has launched legal action against Google and online travel agency eDreams in a bid to stop the companies from “misleading” consumers by advertising non-existent fares.

According to Ryanair, eDreams has been allowed by Google to use the misleading subdomains “Ryanair Cheap Flights” and “www.Ryanair.eDreams.com”, and a copycat website with identical Ryanair branding, in order to deceive consumers into visiting the eDreams website, and booking with eDreams at inflated fares.

“Both the subdomain eDreams uses, and the branding and design it employs on this site, are a deliberate attempt to dupe consumers into thinking they are directly booking Ryanair’s low fares”, Ryanair’s CMO Kenny Jacobs said in an announcement.

Ryanair sad that it has engaged in several legal cases across Europe against what it calls “screenscraper websites” such as eDreams to prevent consumers from being deceived and subjected to false prices and hidden charges.

The airline said that consumers are also faced with a range of problems when booking through eDreams, such as checked in bags not being recorded, contact details being omitted and additional passengers not being recognised or added to the booking.

“We have no problem with Google charging advertisers on its paid search function, but we expect Google to ensure that this advertising is honest and transparent (namely that eDreams advertises as ‘eDreams’ and not as Ryanair), which is what Google’s own code of conduct requires and which will prevent more ordinary consumers being deceived by this false and unlawful advertising scam”, Mr Jacobs said.

“The German courts have already outlawed this eDreams false advertising, and its time the Irish and UK courts did the same to protect consumers”, he added.

On its part, eDreams disagrees strongly with Ryanair’s position.

“This action is clearly just another attempt from Ryanair to stop online travel agencies from offering consumers the best price and choice when it comes to booking flights”, a spokesperson for eDreams told The Guardian.

Minoan Lines: Change of Itineraries Due to 24-hour Strike on Dec 3