Greece May Face Schengen Suspension Due to Migrant Crisis 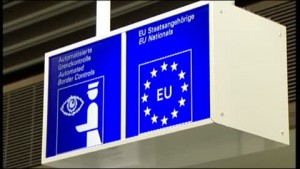 Greece has by mid-December to upgrade its refugee registering system and improve the conditions for migrants entering the country or it may have to face suspension from the Schengen passport-free zone for foot-dragging, the Financial Times report.

Greece, which has seen more than 700,000 migrants and refugees cross its borders this year, appears to have been repeatedly warned of Schengen zone suspension for several weeks now, particularly in view of the government’s refusal to accept EU humanitarian aid or call in the EU’s special border agency.

EU home affairs ministers are expected to discuss the issue at a meeting in Brussels on Friday. The FT reports that European senior officials said Greece will be called on to take more drastic measures before a summit of EU leaders in mid-December or face Schengen suspension due to “serious deficiencies” in border control.

According to the Schengen Agreement drawn up in 1985, Schengen states can reinstate internal border controls with other Schengen members — 26 in total – where there is a serious threat to that state’s “public policy or internal security” or when the “control of an external border is no longer ensured due to exceptional circumstances”, EU regulation, however, specifies that this should be done as a “measure of last resort”.

On September 9, in his State of the Union speech, EU Commission President Jean-Claude Juncker called free movement under Schengen “a unique symbol of European integration” and said there should be “better joint management of our external borders and more solidarity in coping”.