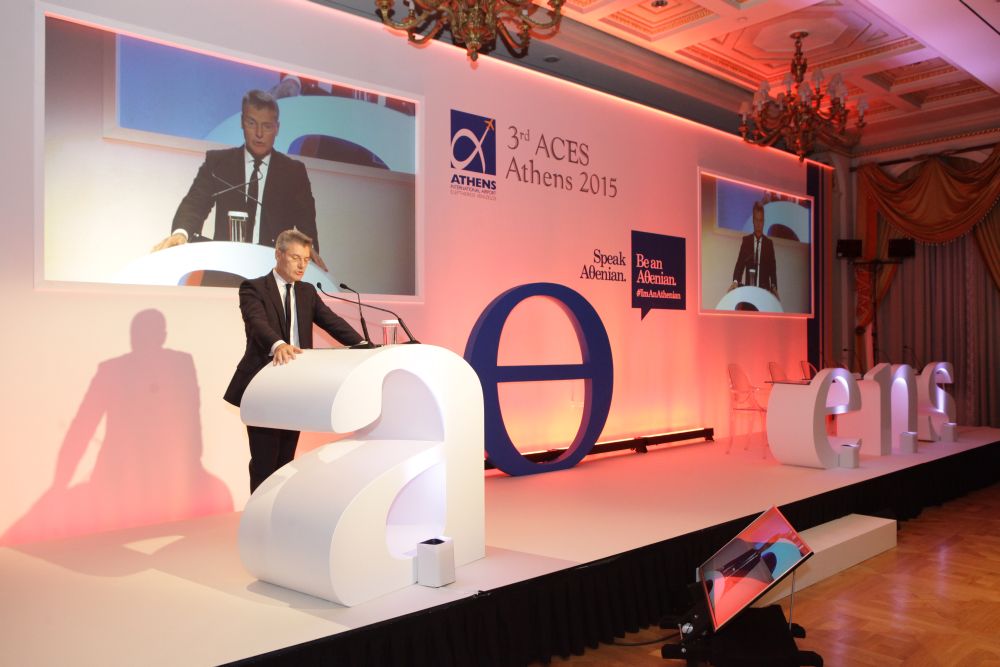 Through the ACES symposium AIA aims to strengthen the connection between aviation/airports and the economy of the destinations they operate in and also launch initiatives to strengthen Athens as a tourism destination.

The main subjects discussed at this year’s ACES – Athens included the strategic topic of hub airports serving the destination and the O&D strategy vs hubbing and recent developments on the EU Aviation Package.

Moreover, Dr. Stefan Schulte, CEO, Fraport AG, gave a keynote speech and referred to the privatization of 14 of Greece’s regional airports. It is reminded that Frankfurt-based Fraport was named as the preferred bidder to lease and run 14 local airports in leading tourist destinations jointly with Greek energy giant Copelouzos.

According to Dr.Schulte, Greece’s airport deal with Fraport is expected to be completed in the fourth quarter of 2016.

During the symposium and in the context of the initiatives undertaken each year for the promotion of Athens, Mr Paraschis gave guests a sneak peek of the new, inspired campaign for the Greek capital named Speak AΘenian. Be an AΘenian.

The campaign will be launched in the next few weeks by AIA and Marketing Greece and Athens will go viral via social media and the hastag #ImAnAthenian.