Calls for Creativity and Harmony at Athens Biennale 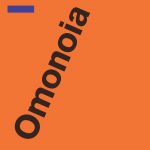 True to the idea that art can make a difference, the 5th Athens Biennale kicked off this week with “Synapse 1”, a first in a series of events under the title “Omonoia” and inviting the city’s creative minds and hearts to join forces and transform the area into “a social laboratory of ideas” through to November 29.

For the first time jointly organized with the Athens Municipality, the official launch of the event was announced during a press conference this week.

“In times like these, following the terrorist attacks in Paris… learning, education and culture might over time prove to be the most resilient shields for a democratic and peaceful coexistence in modern, multicultural urban centers,” Athens Mayor Giorgos Kaminis said.

In its first part, the Athens Biennale has joined forces with the National Theatre, non-profit art organisations, individual artists and groups with the abandoned landmark Bageion Hotel as their headquarters.

“We are here as citizens, institutions, ordinary laborers facing the same challenges. In the coming days we will discuss how politics and the experiments of these groups can become viable models for life after the crisis,” the director of the “Omonia” project, Massimiliano Mollona said.

“The city of Athens can seduce you, it has beauty, stereotypes and at the same time is mythical. It is a city of the homeless and of the tourists, of the ghettos and of the high streets,” Mr Mollona added.

“It speaks to us in different voices… Omonia means unity within diversity.”