Region of Eastern Macedonia-Thrace Steps Up Presence at Philoxenia 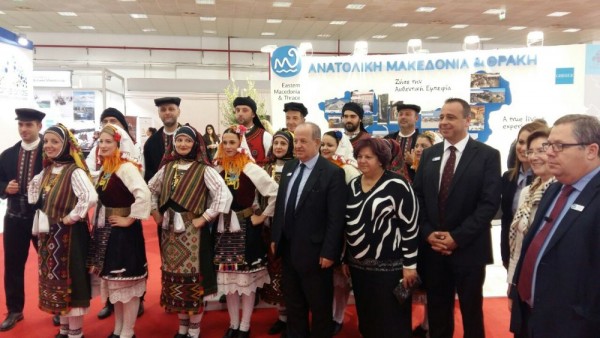 Pushing for year-round tourism growth by tapping into local products, culinary traditions, cultural offerings and the beauty of its landscape, the Region of Eastern Macedonia-Thrace participated in this year’s Philoxenia travel fair held in Thessaloniki last week.

As part of the region’s tourism strategy, regional authorities met with tour operators from 17 countries and presented options based on sports, gastronomy and conference tourism. Tour agents showed particular interest in the cultural happenings organized throughout the year. 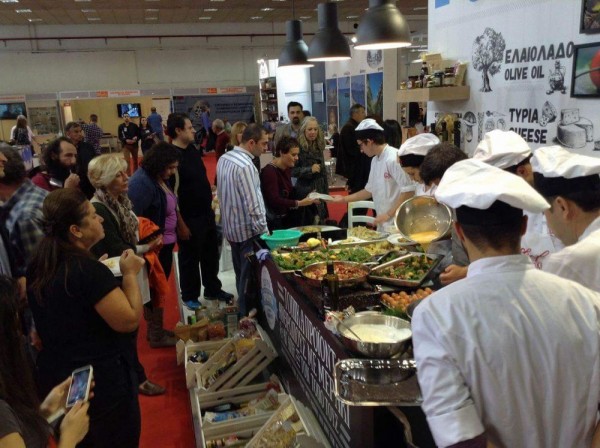 Philoxenia 2015: Visitors were treated to local delicacies at the Eastern Macedonia-Thrace Region stand.

Stressing the significance of tourism growth to regional development, Eastern Macedonia-Thrace Governor Giorgos Pavlidis said he had made significant funds available to municipalities, relevant bodies and regional offices, to be used towards the creation of infrastructure and investments for the 2014-2020 period. 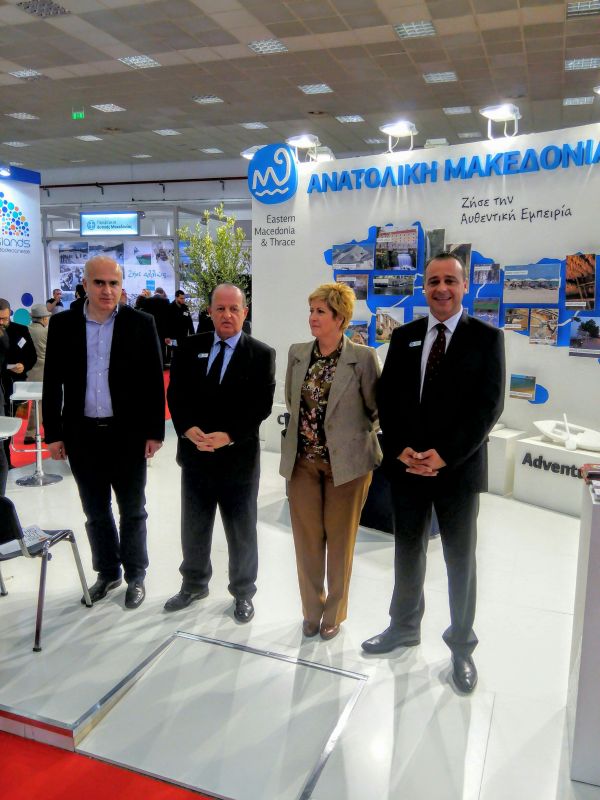 Mr Pavlidis also referred to incoming tourism from Balkan countries, which recorded a 15 percent increase in the first nine months of 2015, with some 6.6 million entering through border posts. At the same time, there was also a rise in the number of international air arrivals at Kavala and Alexandroupolis airports, with visitors from Northern and Central Europe exceeding 85,000.

In order to maintain the momentum, Mr Pavlidis stressed the need for available 72-hour visa documentation at the Kipi border station. He added that problems must also be solved with regards to the issue of Schengen visas by the Greek Consulate in Istanbul.

Mr Pavlidis also called on the government to give the green light for an additional passport control station at Kipi (financed by the Region of Eastern Macedonia-Thrace) in order to effectively handle the influx of tourists from Turkey, and to move ahead with actions that will allow the passage of tourist buses though the Greek-Bulgarian border crossing at Nymphaia, expected to increase incoming tourist flows not only from Bulgaria but also from Romania, Ukraine and other Northern European countries.

Events for the promotion of the region during the Philoxenia fair included concerts by the Drama Municipal Philharmonic, traditional dance demonstrations and kiddies’ happenings.