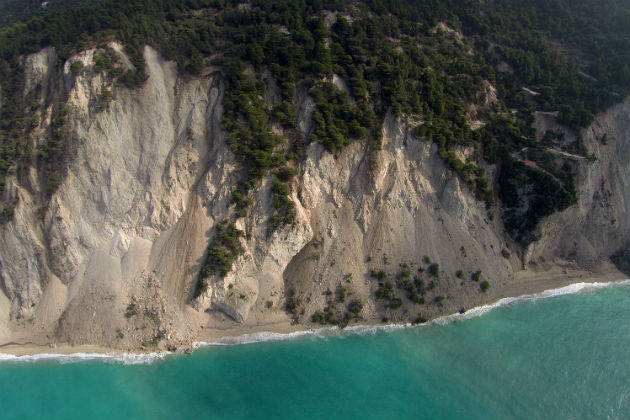 The repeatedly awarded Egremni beach, known for its impressive rock formations and crystal clear waters, on the south-western coast of the Greek island of Lefkada, has apparently vanished following a 6.1 Richter earthquake which hit the Ionian isle on Tuesday, killing two people.

The temblor caused massive landslides, which according to local media, led to rocks breaking off and tumbling down onto the beach and changing the natural landscape. 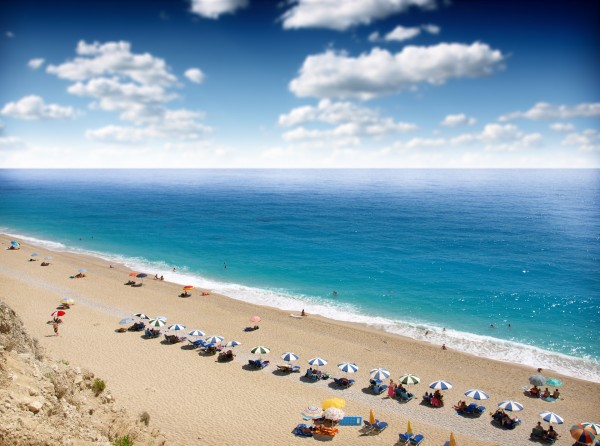 Egremni beach as it was before the recent earthquake. Photo: © Zeljko Radojko / Shutterstock

The earthquake, which was felt throughout western Greece, also caused extensive damage to roads and buildings. Deputy Minister of Infrastructure, Transport and Networks Panagiotis Sgouridis declared the island in a state of emergency as aftershocks continued into the week.

The beach, which has consecutively been listed and voted among the world’s best,was a major tourist highlight with nature and sun lovers from across the globe going down 347 steep steps off a 150-meter-high cliff to dive into its turquoise waters.