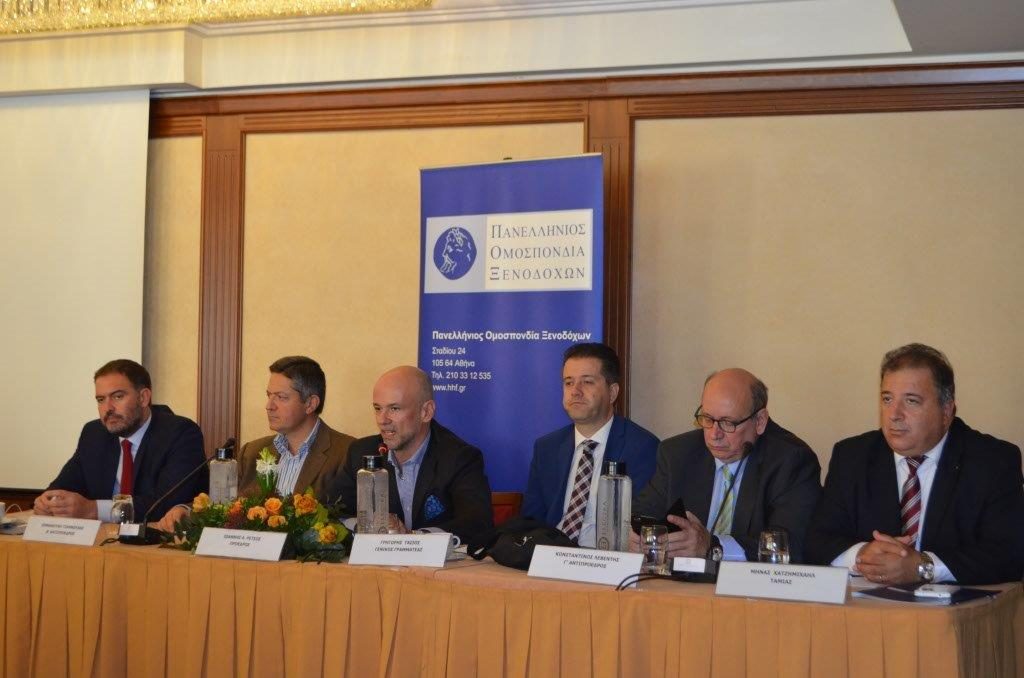 “This year may have broken all records with regards to the number of arrivals and national revenue, but it has found the better part of the hotel business at the same levels of poor financial results, in a worse financial and fiscal environment and facing the same if not even greater risks to its sustainability,” Hellenic Hoteliers Federation (HHF) President Yiannis Retsos said addressing the annual Council of Hotel Association Presidents / HHF Members.

Mr Retsos stressed that in efforts to maintain the demand for Greece, hoteliers offered discounts and deals which far exceeded those offered in the last decades in the midst of the tourist season. At the same time, however, hoteliers are now required to deal with new obligations, the need to offset the increased cost of the package deals due to newly introduced VAT rates and the continued flourishing of the shadow economy, unfair competition, and the refugee crisis, which has impacted the islands of the Eastern Aegean.

Mr Retsos called on the government to support the afflicted island destinations so they “don’t disappear from the international tourism map” and stressed that it should not proceed with the creation of a “hot spot” refugee reception center on the Dodecanese island of Kos but elsewhere more suitable.

“It is up to us: government, the public and private sectors, to immediately implement measures that will enhance entrepreneurship in tourism, improve the country’s image and fortify the competitiveness of the sector,” he concluded.

On her part, Alternate Tourism Minister Elena Kountoura said the government and her ministry where in direct contact with tourism professionals working in every way possible to upgrade the sector and to guarantee fair play and competitiveness while aiming to boost the country’s image to targeted markets abroad.

Ms Kountoura added that the ministry was already working with the crime squad and tax fraud operations in efforts to identify and penalize tax evaders and illegal accommodation units.