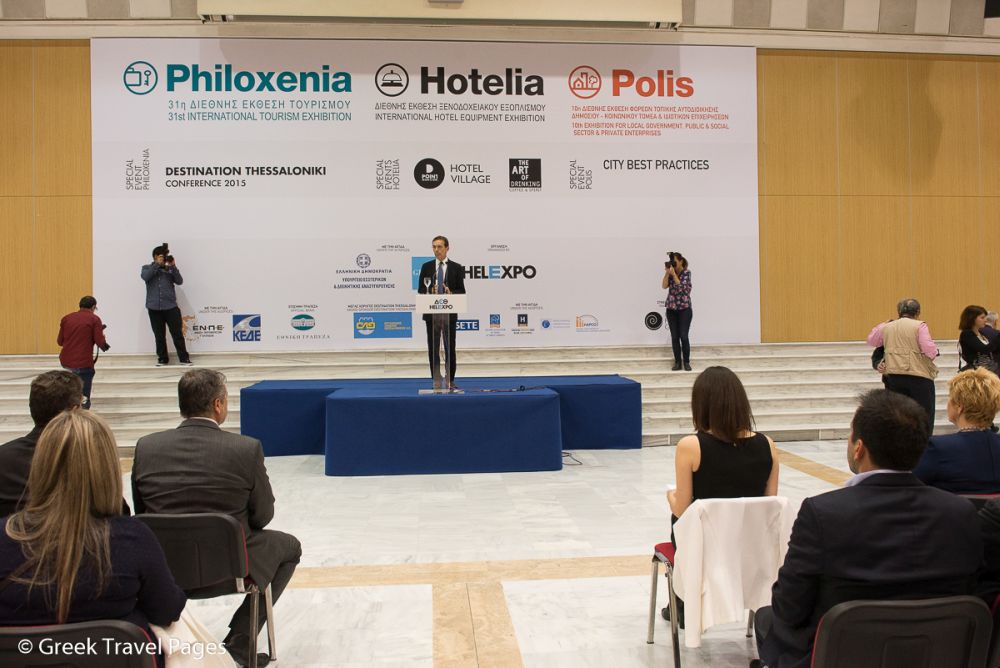 “Tourism is an important pillar, which we must build upon”, said TIF-Helexpo’s president, Tasos Tzikas, during the opening ceremony held for the Philoxenia-Hotelia duo exhibition.

The 31st Philoxenia, Greece’s international tourism exhibition, which opened on Thursday, November 12, at the Thessaloniki International Exhibition Center, is seeing a rise in visitors, according to an announcement by organizers TIF-Helexpo on Friday.

The Philoxenia expo this year is being held together with the Hotelia international hotel equipment expo and both are experiencing an increase in trade visitors. By Friday, organizers said visitor numbers were already exceeding 30 percent compared to last year.

“Tourism is an important pillar, which we must build upon”, said TIF-Helexpo’s president, Tasos Tzikas, during the opening ceremony held for the duo exhibition.

Throughout the days of the exhibition, Philoxenia will welcome 107 international hosted buyers from 32 countries who will attend over 3,000 pre-scheduled appointments.

Greece’s tourism industry expects 2015 to be another record year with arrivals reaching 26 million and revenue of 14.5 billion euros.

The Polis exhibition, which brings together local government representatives from all over Greece, also opened at the Thessaloniki International Exhibition Centre on the same day. Polis was inaugurated by Deputy Minister of Interior and Administrative Reconstruction (Macedonia and Thrace) Maria Kollias-Tsarouha.

The Greek Travel Pages (GTP) is a communication sponsor for Philoxenia.