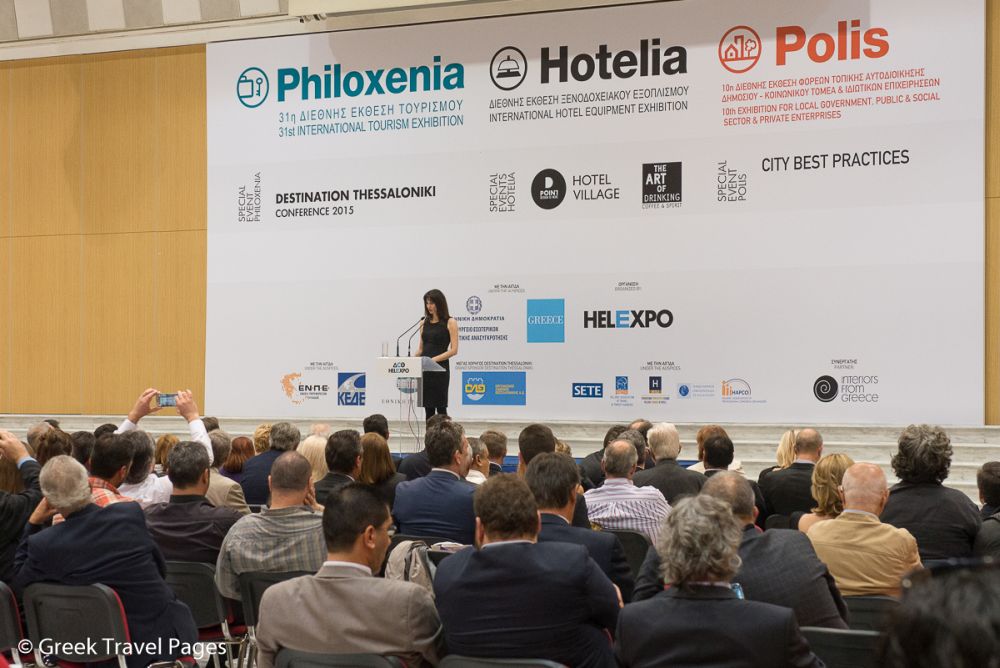 Alternate Tourism Minister Elena Kountoura focused on the government’s goals for Greek tourism, during the opening ceremony of the Philoxenia–Hotelia duo exhibition on Thursday, November 12, at the Thessaloniki International Exhibition Center.

During her speech, Ms Kountoura underlined that the government’s main priorities include the extension of the season, the specialization of the country’s tourism product, the upgrade of the level and quality of offered services and attracting investment.

Citing data of early bookings, the alternate minister said 2016 is expected to be another very good year for Greek tourism.

On the sidelines of the exhibition, Ms Kountoura held meetings with tourism professionals and informed them of the positive messages she personally received from international markets regarding Greek tourism in 2016, during the recent World Travel Market trade show in London.

Ms Kountoura said that the good news from the foreign markets increases Greece’s responsibility and requested for all to contribute to support the “national cause” — tourism — in order for the sector to develop further and to boost the benefits attributed to the economy and society.

The exhibition will run until Sunday, November 15.

Greece’s annual international tourism exhibition Philoxenia is being held this year with the Hotelia international hotel equipment expo. The Philoxenia-Hotelia duo exhibition aims to present the country’s leading tourist destinations, new technologies as well as tourism-related products and services. The Polis exhibition, which brings together local government representatives from all over Greece, is also being held in the Thessaloniki International Exhibitions Center.

The Greek Travel Pages (GTP) is a communication sponsor for Philoxenia.

Pieria Hoteliers Team Up to Discuss Quality vs Illegal Board