WTM 2015: South Aegean Region Teams Up with CNN to ‘Take You to Greece’ 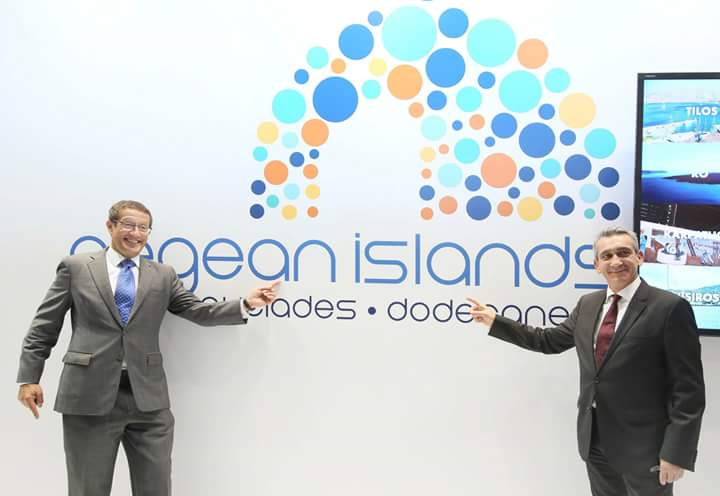 The Region of the South Aegean launched its new tourism campaign for its islands on the opening day of the World Travel Market (WTM) in London on Monday.

As part of its efforts to attract more visitors from all over the world, the region teamed up with CNN for the production of a video which is displayed non stop at the entrance of Excel London inviting all to visit the Aegean islands. The promo video, which is a result of a partnership of the South Aegean Region with CNN announced in the summer, is currently being played in Asia, the Middle East, America and Europe.

The South Aegean Region, which is made up of the Cyclades and Dodecanese island groups, is the first Greek region to enter a partnership with CNN.

Through its new motto #takemethere and stylish new logo, the region’s new tourism strategy takes a modern, fresh and targeted approach to position the Greek islands on the top of holidaymakers’ travel bucket lists.

The campaign will run online and in print and electronic media.