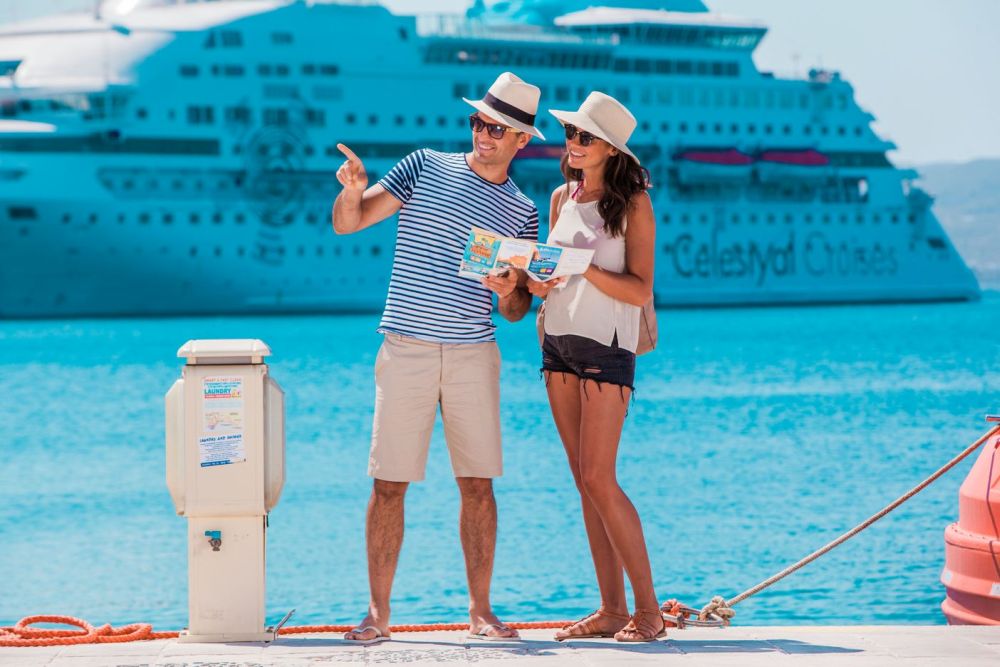 Celestyal Cruises, the only home porting cruise operator in Greece, is hoping to attract more British holidaymakers on its cruises through its participation in this year’s World Travel Market, which opened on Monday.

“We are trying to ‘unlock’ the UK market this year as British travellers do come to Greece but they do not prefer cruises”, Frosso Zaroulea, the PR manager of Celestyal, told GTP on the sidelines of the trade show on Tuesday.

“We are mainly reintroducing ourselves to the UK market following our rebranding last year as they still know us as Louis Cruises… We are showing our new strategy and positioning in the market as the product we offer has changed completely”, she said.

A Celestyal Cruise journey is a journey deep into Greek hospitality as it contains thematic events that focus on the country’s hospitality, cuisine, wine, etc.

“British travellers have not understood that while on a cruise, they will see other things and also meet other destinations as not only Mykonos and Santorini exist in Greece… We go to islands that are literally unknown to them”, she added.

In order to attract more UK travellers, Celestyal is offering ‘cruise and stay’ packages on its cruises in 2016.

During the WTM, Celestyal announced its first-ever winter cruise program, the 7-day “3 Continents” cruises that will run from Lavrion and call on Antalya, on the Turquoise Coast of Turkey, to Ashdod, Israel, and to Port Said, Egypt.

The Celestyal Olympia, which will undergo refurbishment of its exterior cabins this coming winter, will sail the itinerary.

Transavia Expands its Capacity to Greece from Holland