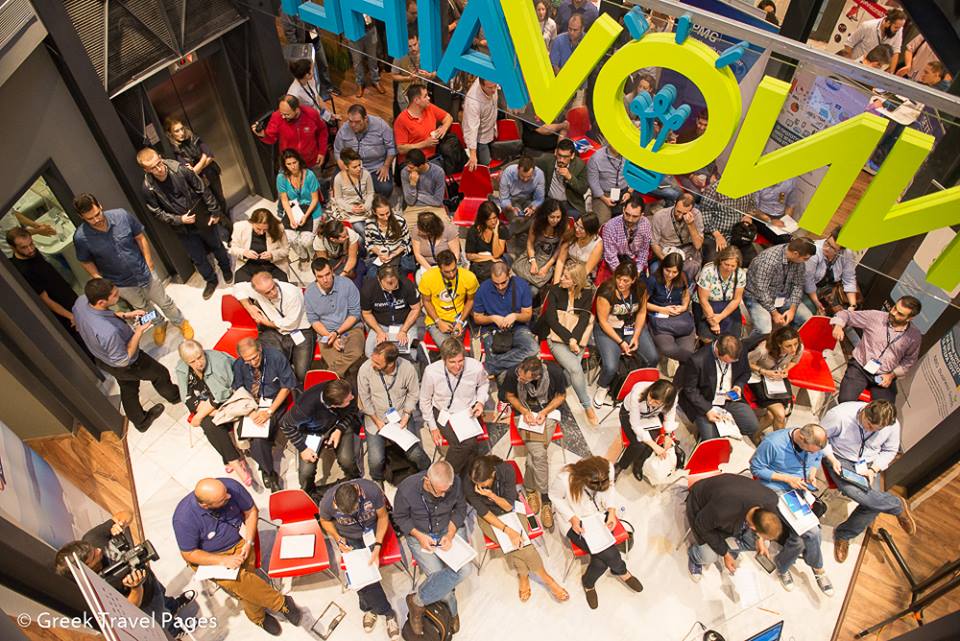 The co-founder of CrowdPolicy, Giorgos Karamanolis.

On the weekend of October 17-18, over 20 teams consisting of over 150 developers — programmers, analysts, designers, consultants — took part in the first Open Data Hackathon aimed to develop applications that promote Greek tourism.

The hackathon was an initiative of the Greek Tourism Confederation (SETE) in its aim to strengthen Greece’s competitiveness and highlight tourism’s leading role in the Greek economy. The event is included in the recently launched “Crowdhackathon Innovating with Opendata” series, an initiative carried out by the Crowdpolicy Innovative Company.

The first SETE Tourism Crowdhackathon took place at the innovation hub “Innovathens” at the Athens Technopolis. 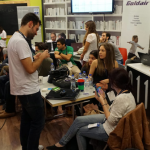 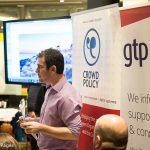 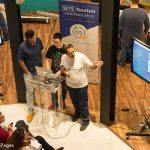 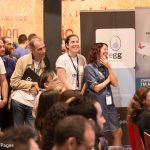 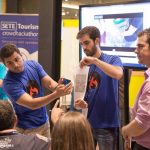 Utilising the open data sets made available by members of the public and private sectors, in less than 48 hours, the teams hacked, coded, programmed and experimented with the open data to develop groundbreaking new web and mobile applications that promote tourism and improve services for visitors. 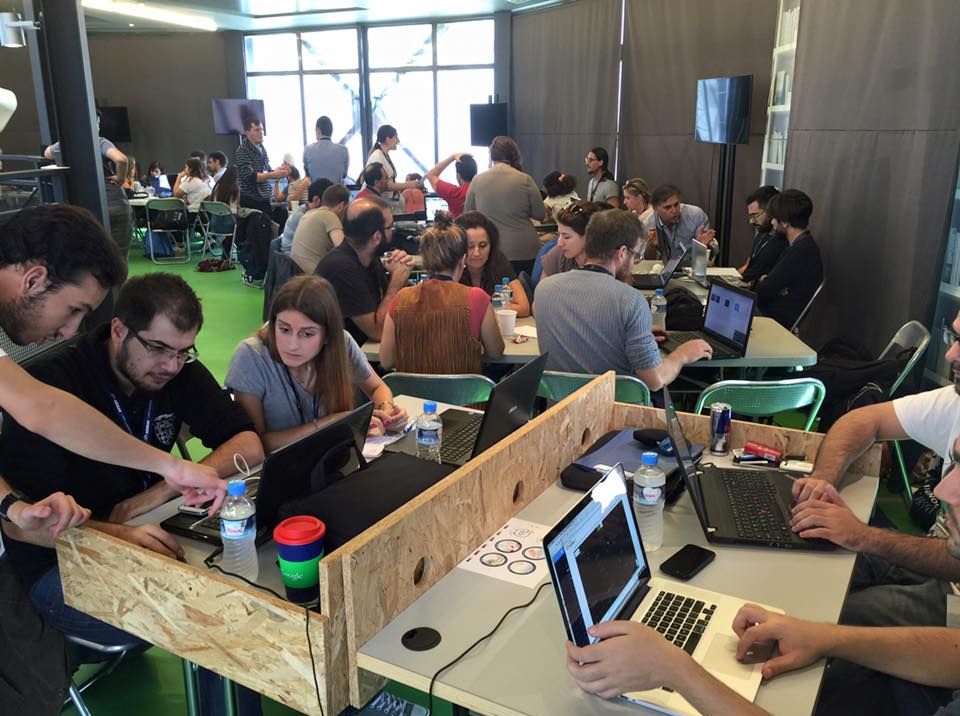 Mentors were present at the hackathon to offer support and advice to all teams during their efforts.

The SmartXplorer team was announced the winner of the first SETE Tourism Crowdhackathon.

The two-day event wrapped up with the selection of the seven teams that came up with the most innovative applications for tourism.

The grand prize of cash and counseling services was won by SmartXplorer, the team that created an information network, based on the extensive use of “Beacons” micro-tracking technology that uses Bluetooth low-power interfaces.

This network transmits signals, which can be received and interpreted by “smart” devices, providing alerts based on content, mapping the area and directing tourists – according to their preferences.

The list of teams with the best applications for tourism include: Hot City, RSK Project, Hopewave, Caribou-Xaplostra, The Greek Way and Journey Post. 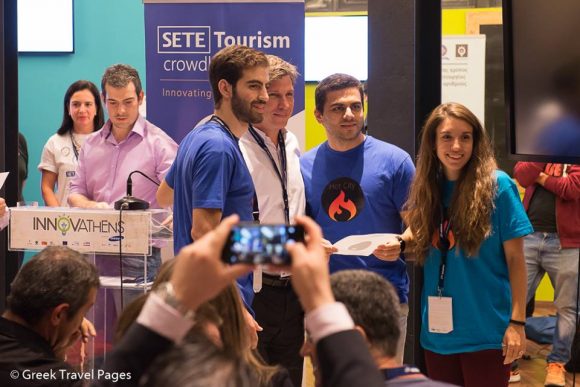 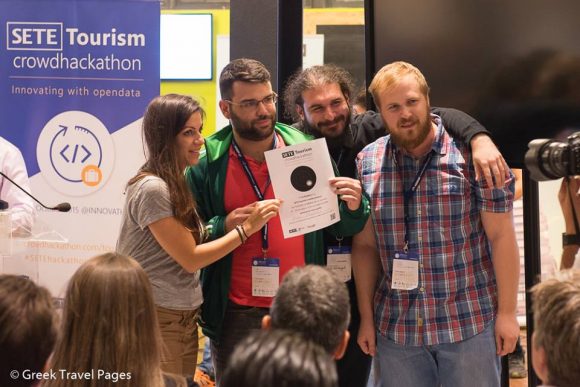 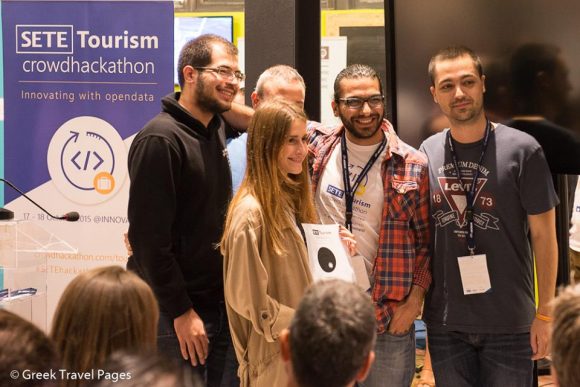 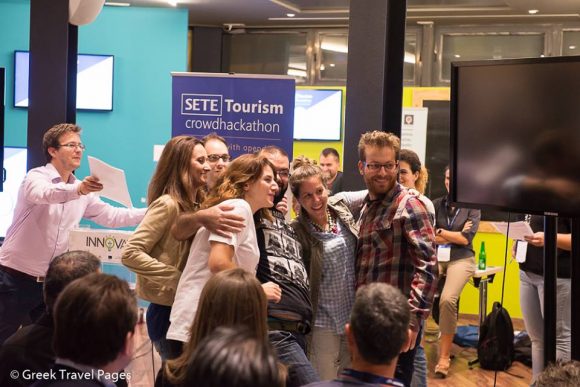 The judging committee of the first SETE Tourism Crowdhackathon.