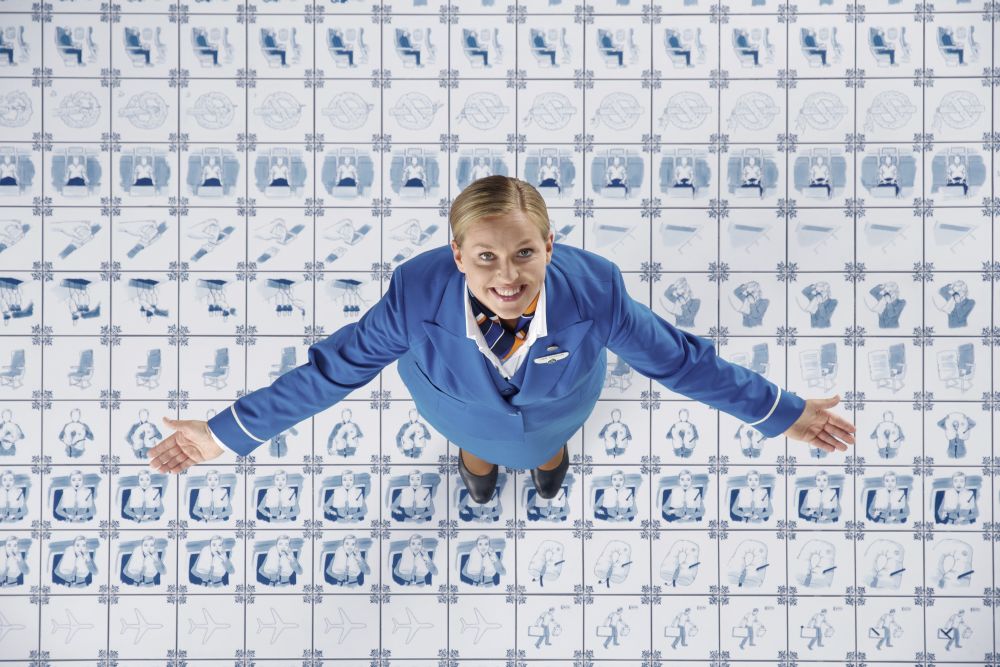 KLM’s new flight safety film features more than 1,000 tiles, specially drawn, animated and painted with the utmost precision for this specific purpose. The entire script was first translated into handmade Delftware drawings, which were then painted onto the tiles. Stop-motion video animation was then used to film KLM’s flight safety instructions for passengers, tile by tile.

Just like the new flight safety film, KLM’s new Economy Class catering concept “Tasty Blue” was also inspired by Delftware design. The trolleys, placemats, cutlery sleeves, paper boxes and cups all feature Delftware details or elements. This ties in perfectly with KLM’s Delftware miniature houses, which have been presented to World Business Class passengers since the 1950s. The World Business Class tableware and new interior of the fleet were also created by Dutch designers. In addition, KLM has a long tradition of serving its World Business Class passengers meals created by leading Dutch chefs. In so doing, KLM reaffirms its pride in its Dutch roots and international allure.

The flight safety film and as well as the “making of” can be viewed here. The film and the Delftware tiles will also be on display at the Dutch Design week in Eindhoven from October 17 to 25.

The safety instructions are updated in line with the latest rules and regulations.